Forever Humboldt is an organization of Humboldt alumni, students, family, faculty, and staff. We exist to showcase our shared pride in the university, and to promote charitable giving in support of its mission.

History of the Alumni Association

From the beginning, Humboldt has focused on producing alumni who make a difference in the world. In the words of Humboldt's first president, Nelson Blieau Van Matre, "The course of study offered in the Humboldt State Normal School will make the very best teacher that it is possible to make out of those who enter."

In 1924, just 11 years after the institution was founded, the Alumni Association was organized. The first officers were Hugh Stewart, president; Emily Duprey Murray, vice president; and Jessie Turner Woodcock, secretary. The Association sponsored the school’s first homecoming, honoring the not-so-distant class of 1917.

Today, the 8,300 students at Cal Poly Humboldt chose from a wide range of majors and minors, including graduate programs, credentials and certificates of studies. 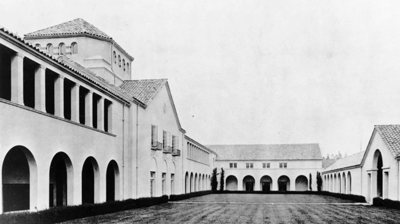 Fall 2014 – Humboldt Alumni Association is combined with other groups to form Forever Humboldt.