Radio for the Win 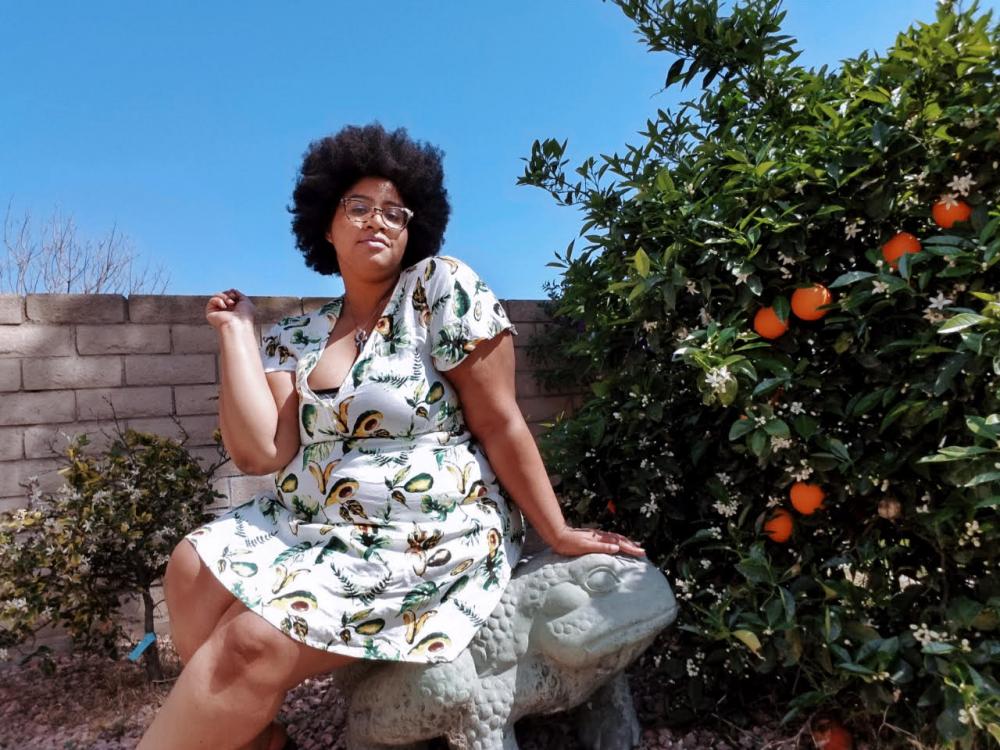 A radio personality for Humboldt County radio station, KSLG, Sabina Gallier (’14, Journalism) is called a “boisterous force of nature with a twist of lime.”

Gallier uses her force of nature personality to wake up her listeners--and in more ways than one. As the morning DJ, she not only gets peoples’ days started, but she is also raising awareness about the experience of Black individuals in the local community, winning a prestigious national radio award for her Public Service Announcements called “Black Voices of Humboldt County.”

Gallier hopes that winning a Radio Mercury Award on such an important topic will encourage other media outlets to do the same. “I hope it influences other stations to start speaking out about things like racism, sexism, homophobia, xenophobia, all of these things that I don’t think we can be neutral about anymore.”

The idea for the PSAs came in the days after the tragic death of George Floyd. “My general manager called me and said he wanted to know what our parent media company, Lost Coast Communications, could do as a whole for the Black Community in Humboldt County. He said it just didn’t feel right to stay quiet.”

Gallier agreed and decided that the community needed a voice. “What I envisioned is turning the radio over to the community, asking the Black members of the community to voice their experiences, listening to people rather than speaking for them.“

To produce the PSAs Gallier reached out to the Black community on social media, asking them to record and share their experiences of being Black in Humboldt County. Those who answered her request were nervous. “For some people talking about their experience was therapeutic, but others were too scared to say something because it’s a small area and everyone knows everyone. For a lot of people it triggered sadness and anger and bad memories.”

Gallier, who is black and has experienced racism in the county, found the project emotionally challenging. “Being Black, I completely understand that hypervigilance and hypervisibility is a daily part of life.”

In the end, she produced recordings where intertwined voices recounted experiences of racially motivated verbal and physical assault and discrimination.

“I broke down in tears when I found out I had won. It was the proudest moment of my broadcasting career.”

Gallier started her radio career in 2011 when she transferred from a community college in Southern California to HSU. A few weeks later, she began hosting her own show on KRFH, HSU’s student-run radio station. She soon became more comfortable with her on-air presence. Listeners could stream the radio station online, and Gallier discovered she had people from all over the country listening to her radio show.

She continued to host a radio show on KRFH for the rest of her time at HSU. During her last semester, she got an internship with the local radio station KSLG where she’s now the station and music director.

Gallier says her experience at HSU was the biggest factor in shaping her into who she is today. “I feel like I really found myself at Humboldt, and HSU changed my life and helped me grow into myself. It was such an encouraging environment when I went there.”