Ricardo Sandoval-Palos – The Ears and Eyes of PBS Viewers 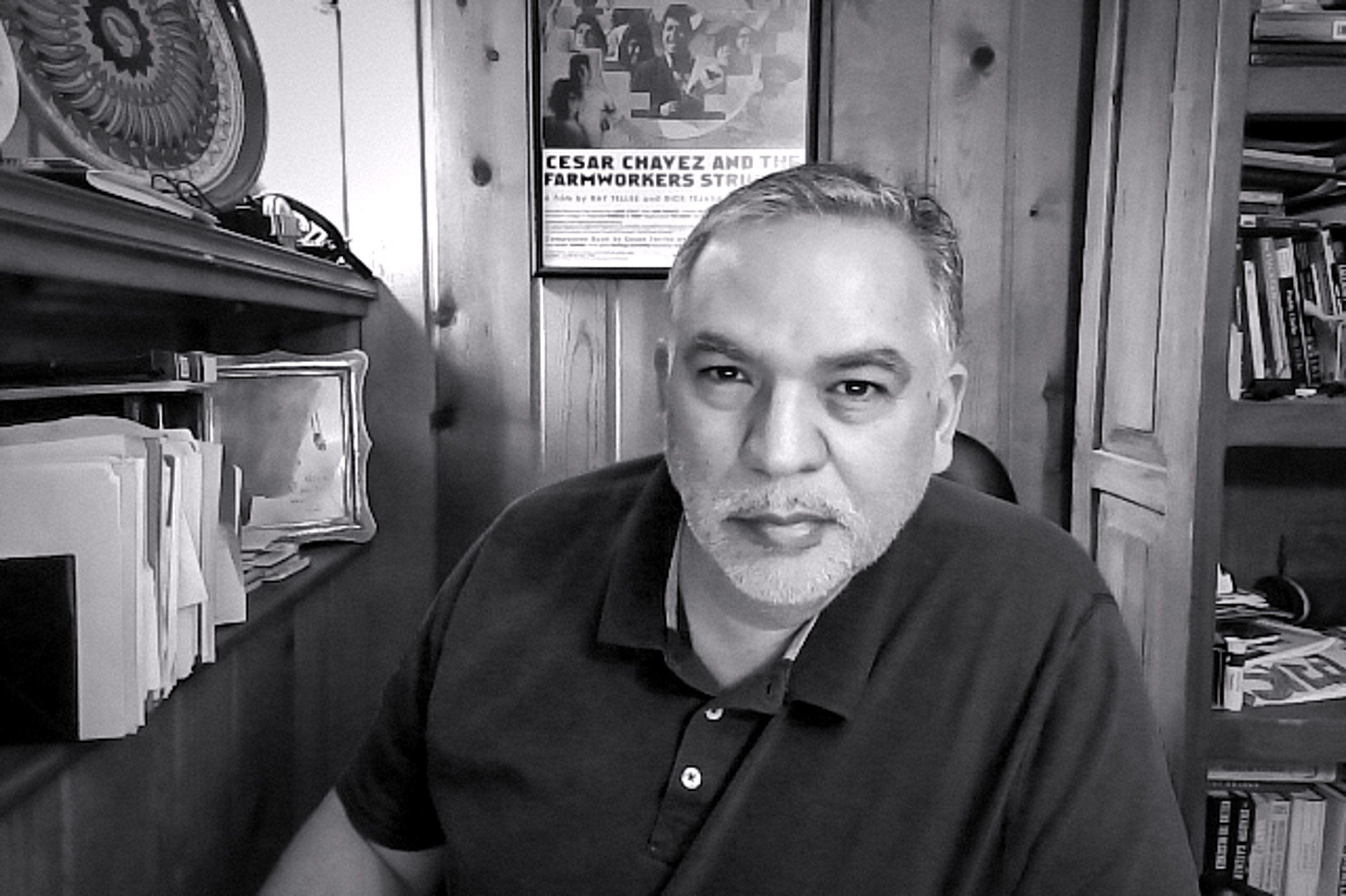 Ask Ricardo Sandoval-Palos (’81, Journalism) what he does exactly as the Public Editor & Ombudsman for PBS (Public Broadcasting Service) and he’ll tell you this: “If you have a problem with Elmo, you call me.”

He’s the voice of the viewer, receives comments and complaints from viewers about everything from Sesame Street to PBS news shows and looks for patterns in the feedback he receives.

Sandoval-Palos has had a long and successful career prior to becoming the PBS Public Editor & Ombudsman. He was an investigative reporter for Orange County Register and The San Francisco Examiner, a Latin America correspondent for The Dallas Morning News and The San Jose Mercury News, assistant city editor at The Sacramento Bee, project manager at the International Consortium of Investigative Journalists, supervising editor of NPR’s Morning Edition, managing editor at 100Reporters, and senior editor at InsideClimate News.

“I’ve done what I’ve wanted to do. I’ve always chased the good story and done some important journalism along the way,” he says.

In May 2019 PBS named him their Public Editor & Ombudsman. He is only the third person to fill this position since it was created in 2005.

In an August 2019 article “PBS Everywhere, Anytime – Almost”, Sandoval-Palos invited feedback: “The PBS public editor’s mailbox is a free speech corner. In exchange for your real name, you’re allowed to offer me all manner of opinion, complaint, or conspiracy theory related to the system’s shows and news programs. The inbox often yields an important question or comment that leads to deeper exploration of the state of affairs inside PBS.”

Another time viewers thought Sesame Street’s Grover had said a particular four letter word (which, for the record, he didn’t). But most grievances are about politics. “For the majority of our complaining viewers, we’re either way too liberal for our own good or we’re corporate sellouts. The two shows that draw the most criticism tend to be PBS Newshour and Frontline.”

Most recently, Sandoval-Palos investigated the fake news source PBS.Twimg.com in an effort to keep unwitting PBS viewers from associating the site with PBS.org. One PBS viewer emailed, “ Can someone please help me, I was told by a Facebook friend that your Website shows President Trump claim that he donated his 3rd quarter salary. If so please help me to find this article on the website PBS.org. I'll thank-you in advance for the help.”  You can read more about his investigation of PBS.Twimg.com in Sandoval-Palos’ article “When PBS is Not PBS.”

Sandoval-Palos grew up in National City, California near San Diego. His college career started at a junior college in San Diego and when it was time to transfer to a university, an instructor at the junior college, who is a Humboldt State alumnus, recommended HSU.

Sandoval-Palos called HSU to let them know he was flying up for a tour of campus. “When I got off the plane in Arcata, I was shocked to find the then-chair of the Journalism Department, Pete Wilson, waiting for me.” With Wilson as a guide, Sandoval-Palos visited different classes. He was especially impressed by the Journalism department. “They had just received a set of IBM electric typewriters. Class sizes were small too and I just thought that this was the place to be.”

His education at HSU did not disappoint. “I found the education I received at HSU quite good and everything it was billed to be. The thing I really appreciated about Humboldt was the sense of practicality. If I see a story an HSU journalism grad wrote, I know as an editor I’m not going to have any difficulty at least understanding the story and that reporter is going to go out and ask the basic and correct questions. That’s one of the real strong assets that you come away with from a Humboldt education. This sense of practicality that you’re going to be a strong basic news reporter.”

His advice to aspiring journalists:  “In my time we were asked to concentrate either on broadcast, or print, or photography, you choose one and stay with it. I think today you have to build your skillset in all of that,” he says, adding that while journalism has changed, students need to hone foundational skills “And for goodness sake, keep crafting your writing ability, because that in the end is what is going to save you, what is going to get you the next good job.”