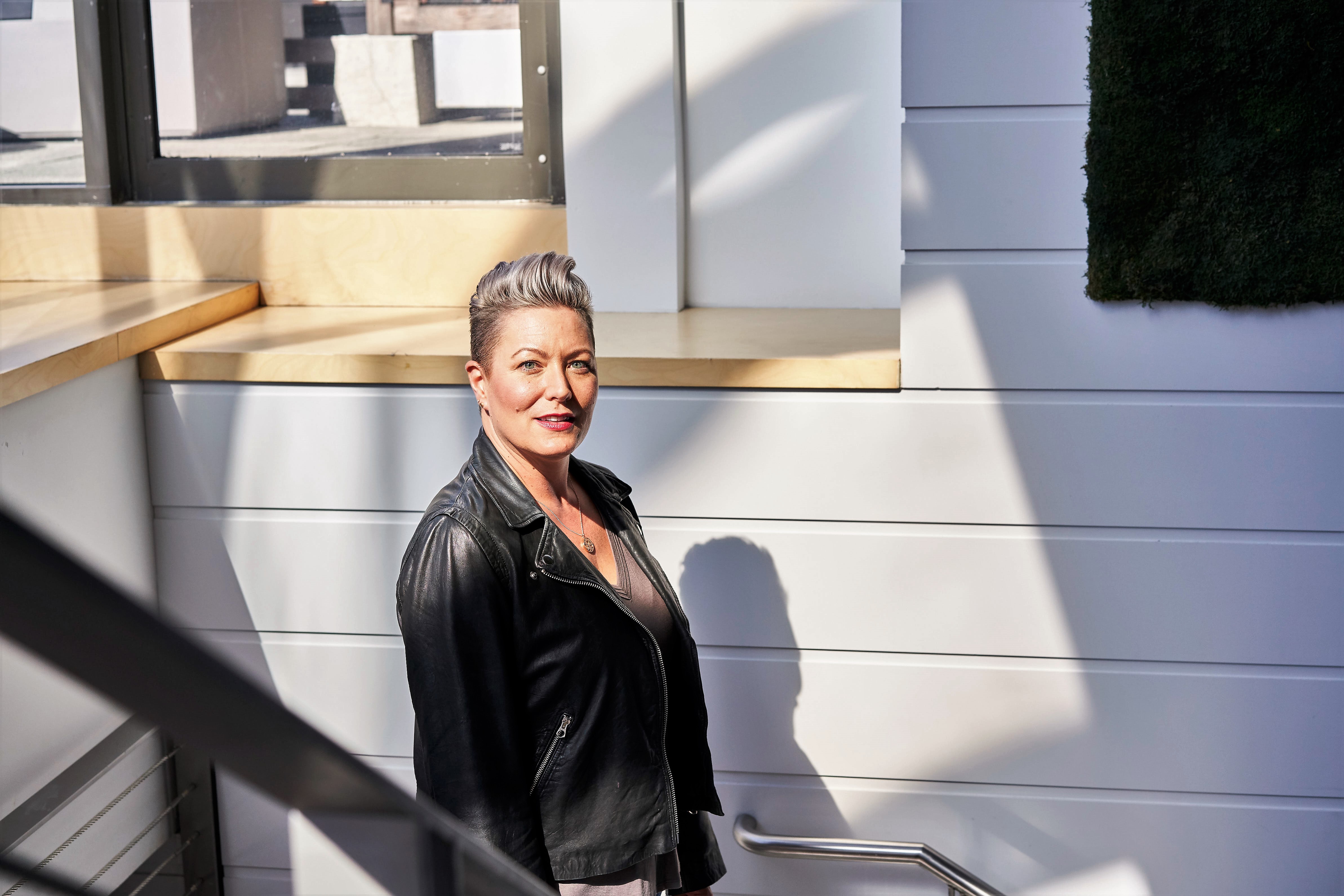 Every spring, freshly minted HSU alumni take up the hunt for their dream jobs. Alumna Sarah Collins Wagener (‘97, Journalism) has made a career out of helping people land the perfect position at some of the country’s best places to work. Today, Wagener is the chief people officer at Silicon Valley-based DoorDash, an on-demand food platform for door-to-door delivery that connects you with your favorite restaurants.

Before joining the tech company, Wagener held executive-level human resources roles with Facebook, Pandora, and Genentech. Some of her first experiences were recruiting for Bay Area biotechnology and pharmaceutical firms. It’s clear Wagener knows a thing or two about recruiting the right people and crafting great teams.

Today, as a human resource professional, Wagener focuses on helping fast-paced, fast-growing companies build talented teams quickly. At Facebook, she helped build teams of engineers and developed a boot camp to train recruiters who were on the front line of hiring new Facebook employees. At Pandora, she oversaw global human resources strategy.

As a journalism major at HSU, Wagener first became interested in human resources through a friend. She realized the interview and research skills from her degree, along with her natural people skills, were a perfect fit for the job of recruiting talented professionals.

Wagener remembers Humboldt State as a place where she was free to explore and learn new things about herself. “First and foremost I think HSU allowed for me to truly be myself because it was such a diverse and welcoming environment. Humboldt State was a great training ground for me,” she says.

So, what advice does a Silicon Valley-based Chief People Officer recommend for young grads launching their careers? Wagener says to get involved in internships as early as possible and look to your own network—on LinkedIn and in person—to find connections to places where you want to work.

“When you get that opportunity, work harder, smarter, put yourself out there, make mistakes, learn from them, and good things will happen,” Wagener says.

Above it all, she says, be conscious of the career journey you’re on. “Don’t lose sight of what’s important to you,” says Wagener. “If you want to work for a company that has a strong stance on social issues or innovating and disruptive or has a reputation as a great place to work, then these are things that need to be at the top of your list when you’re looking for a company to work for.”