From Humboldt to Patagonia 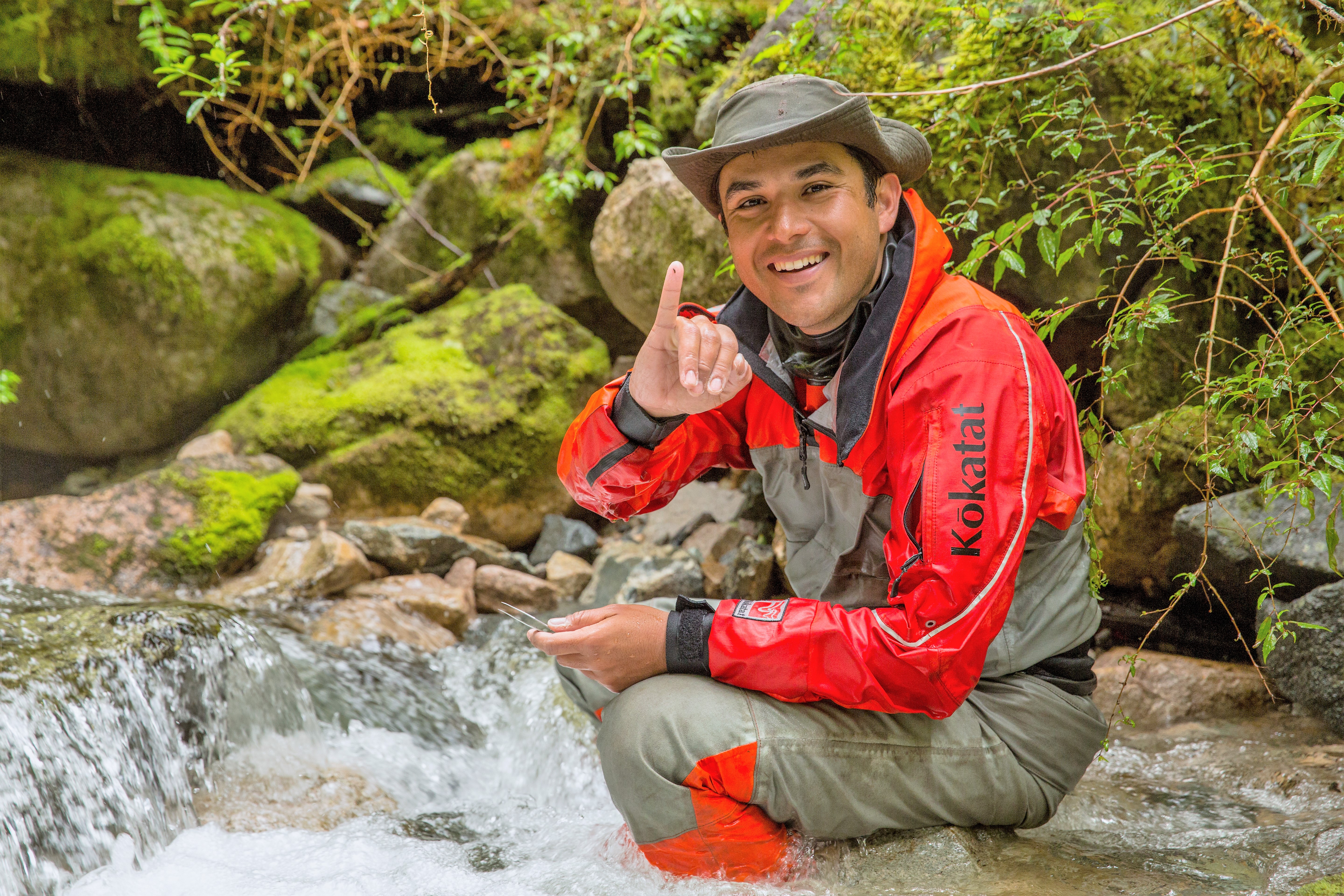 He didn’t set out to be an insect expert—let alone the world authority on the family of primitive crane flies Tanyderidae.

R. Isai Madriz (‘07, Zoology, Biology) enrolled at Humboldt State for the redwoods, the track program and the Marine Biology and Zoology programs. But then Biology Professor Mike Camann’s general entomology class sparked an interest that now has Madriz scouring the wilds of Patagonia in search of rare and primitive insects.

“Without knowing it at the time, that class became the foundation of my life’s work,” Madriz says.

“Feeling connection to nature and your surroundings as one whole unit came about from attending Humboldt State University,” he adds. “Not only is the location ideal to be in nature but the campus ambiance makes you see beyond the physical and mental boundaries of your life and gives you a glimpse of the possibilities.”

Madriz’s post-Humboldt career has truly been a journey—featuring a two-year bicycle trip from his hometown of Chicago to the southern tip of South America, and stints with several wildlife centers and preserves. He says he found his travels both lonely and inspiring.

“Going without technology and the immediate, daily comforts of predictable shelter and food taught me a deeper sense of self and the meaning of my life,” Madriz says. “I also loved working with so many different animals and scientists. Truly it was more than what I thought my first ‘job’ out of college would be.”

Madriz went on to complete a graduate degree program in electron microscopy at the Universidad Nacional Autónoma de México and a doctorate in entomology at Iowa State. His doctoral studies brought him back to South America, where he honed his expertise on the primitive crane fly family Tanyderidae. In 2017 he was selected as one of five Fulbright-National Geographic Digital Storytelling Fellows.

“My project was based in Chilean Patagonia where I explored rivers, glaciers, forests, and mountains in search of rare and never-before-seen insects to help document the diversity of the region,” Madriz says. “I lived in a tiny home, pack-rafted and bamboo-biked, and discovered many new insect species.”

Working with National Geographic gave Madriz the opportunity to take what he was learning beyond the scientific community.

“I could take my love for insects and present my explorations and findings in a creative way that was easily reachable to the general public,” he says of his publications and posts, which feature his original photography. “I had a chance to help the average person see the beauty I see every day. I published short stories of a particular insect—their life cycle and their struggle to survive—as if they were the protagonist in a novel.”

Today, Madriz remains in Patagonia as a freelance scientist and photographer, attempting to spearhead an insect conservation program and exploring remote areas of the region in search of rare and new species of aquatic insects. His work with National Geographic continues as well, mentoring a classroom in New Mexico through the Educator/Explorer program and teaming up with local community groups, schools, and scientists in southern Patagonia.

And though he is a continent away from HSU, it is never far from his mind.

“Humboldt State will always be part of my life and career, not only for what I learned there, but because I also met my like-minded wife on campus,” says Madriz, adding that his wife Kristina Katia Lindsay Madriz (’06, Women’s Studies) is helping start the first certified Montessori school in the region. “We both moved here to make a positive impact in our respective fields.”