Telling Stories from the Heart 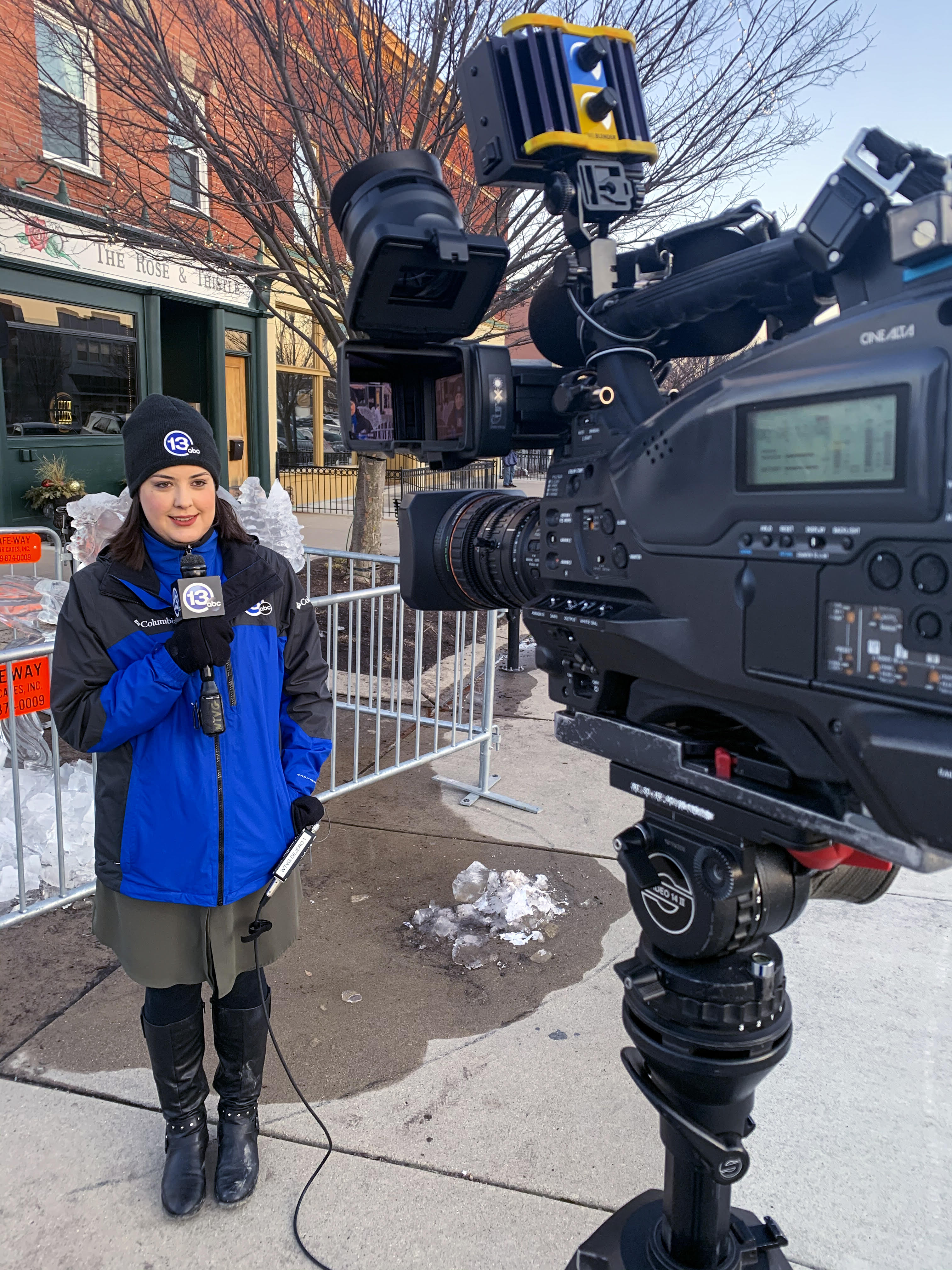 Kayla Molander ('12, English) started her college career with the modest goal of graduating. Now she's an award-winning reporter covering everything from the coronavirus outbreak to her local city government.

"I didn't come to Humboldt State with lofty goals and dreams. I started waiting tables when I was 15 years old. I was just a 22-year-old transfer student who hoped to one day have some money left over after paying rent," she says.

Molander is a multimedia journalist for 13abc Action News in Toledo, Ohio. It's a new position for the Bay Area native, who joined the station after an internship with CBS Chicago. The internship placed her on a team of investigative journalists whose work resulted in a regional Emmy award in 2019 for the station's ongoing series, "Getting Hosed." The reports investigate why the city of Chicago was charging residents upwards of $50,000 for water they never used. According to the city's laws, a building owner is ultimately responsible for the water bill regardless of what his or her tenant does.

Thanks to the team’s work, several residents had their water bills reduced, saving them thousands of dollars. For Molander, the awards are a reminder that reporting can make a big impact. "I consider myself a storyteller," says Molander. "So it's especially rewarding when I can make a positive impact with my writing. Investigative journalism shows me how finding and sharing information can improve communities for the better."

Molander's passion for storytelling led her to enroll at Humboldt State as an English major with Professor Nikola Hobbel as her adviser. As the pair were designing Molander's educational plan, Hobbel suggested she take a research course. "Let's just say I was less than excited," says Molander.

"I was surprised I liked it so much. Now I use the writing tools I learned at HSU every day in my job," she says. "It was the first kernel that non-fiction writing was something that interested me. You could say it was the starting point of my career."

Molander's interest in storytelling and natural ability for research first took her to Africa, where she began her career as a journalist working for South Africa’s oldest independent newspaper, Grocott’s Mail, and GroundUp, a South African news website. She also taught English as a second language in South Korea and, in 2019, earned a Master of Arts degree in Journalism from Chicago's DePaul University.

While journalism has taken Molander all over the world, she credits Humboldt for giving her a start.

"That 22-year-old would never have believed that she would travel the world, win four Emmys in Chicago, and be a TV reporter. All of those things started with HSU."