Traveling the World with Anthony Bourdain 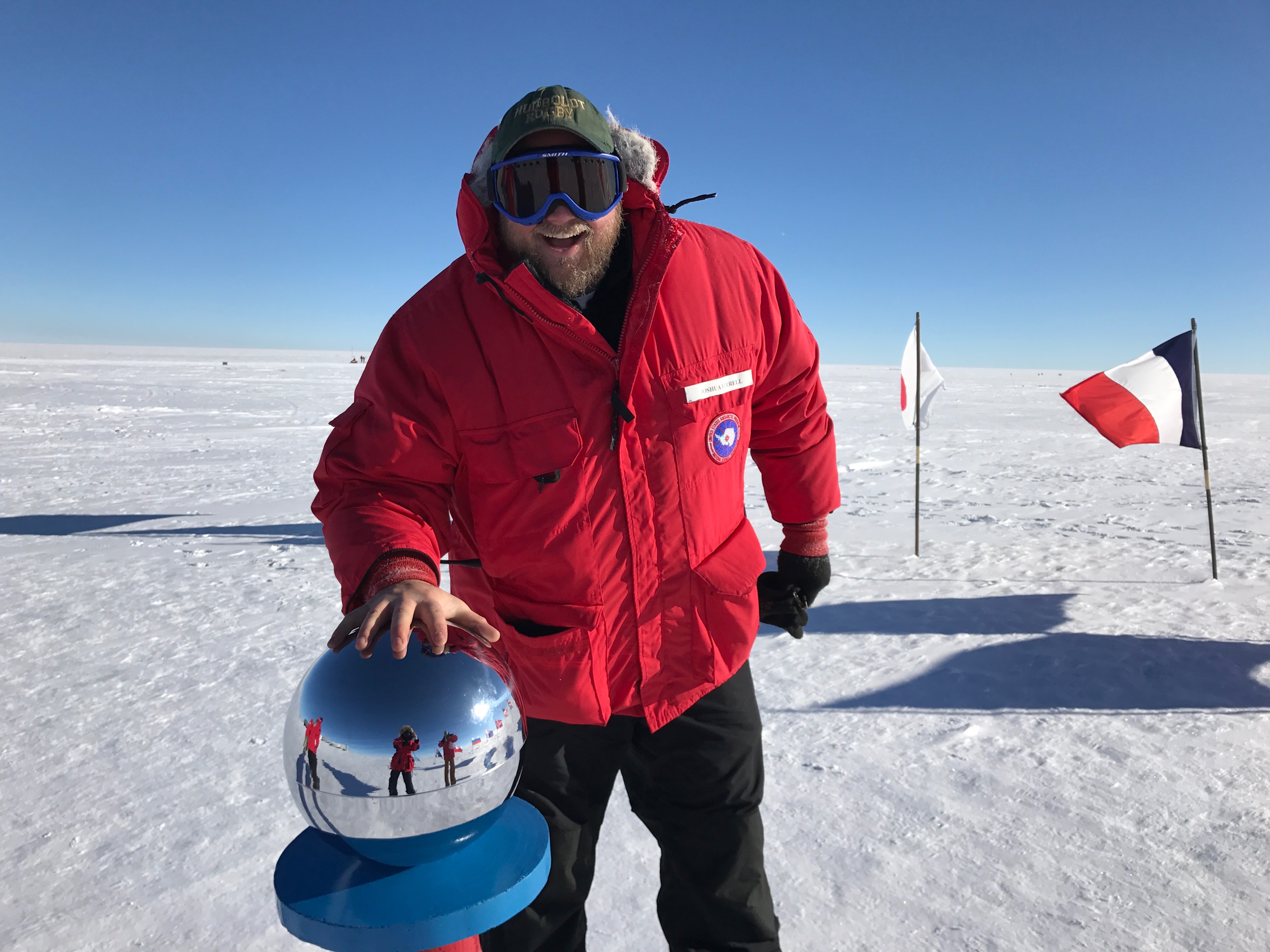 When Josh Ferrell (‘05, Journalism) left Arcata after graduation he had little idea about what his future held. Returning home to Ventura County, Ferrell spent a few years working as a park ranger on Catalina Island before following his older brother east to New York City. Couch surfing with friends and family, Ferrell nabbed an internship with Atlas Media his first week in town; by the following week, he was hired as a production assistant.

“I’d wake up at 3:30 a.m. to pick up the van, take people to the set, and get them coffee,” remembers Ferrell. “My boss would shout, ‘Don’t mess up those coffee orders!” As the new guy, Ferrell had a scrappy approach, also gigging as a personal trainer and freelancer. In any role, he never shied away from a chance to help out.

“I’m a giant dude, so people remember me,” says Ferrell. But watching from the sidelines, he was quietly observing how the moving parts of a show came together with producers at the helm of the ship.

Ferrell was working as a freelance production assistant when a director he had worked with at National Geographic invited him to join a hunting show in Alaska; Ferrell jumped at the chance. After shooting another episode in Hawaii, Ferrell’s contract with the production company was nearly up when he got the call for “No Reservations.”

“I had never heard of Anthony Bourdain,” says Ferrell. “I watched some episodes and realized it wasn’t your average food show.”

Over the next eight years, Ferrell traveled to over forty shoots, filming in locations including Brazil, Naples, Armenia, and Chernobyl with Bourdain. He helped produce “No Reservations,” and starting in 2013, “Parts Unknown,” both series uniquely beloved for its ability to use food as a vehicle to tell stories about people and places.

As a producer, one of Ferrell’s role was to run logistics and work with the locals: “Find out what’s interesting, how to stay safe, and where to eat, explains Ferrell. “There was so much stress involved, but we were so proud of what we did,” he remembers.

Working for Bourdain was the job of a lifetime. Ferrell remembers bonding with him over “The Simpsons” on a beach in Mozambique and Bourdain turning him onto the band, Queens of the Stone Age. Ferrell emphasizes how Bourdain’s knack for making friends with strangers is what made “Parts Unknown” such a singular success. Ferrell is still amazed that their production crew shot episodes in Antarctica, Myanmar, and areas of the Middle East, —challenging places for nearly anyone to visit­—because of the trust people put in Bourdain.  “It was Tony. He was lightning in a bottle,” remembers Ferrell.

Today, Ferrell is still grieving for his friend, who died in 2018. “It was a shock to people that Tony struggled with the same things most people do,” says Ferrell. “At the end of the day, take care of each other. Know that you’re not alone.”

Returning to speak at HSU this September, Ferrell reflected on how the camaraderie of his college years helped to propel him forward during the long, hard days of travel as a producer.

“It was the small-town attitude in the classroom and the rugby field that made me feel comfortable,” remembers Ferrell. “I felt taken care of at HSU. And in order to get the best out of people, you gotta be good to them.”