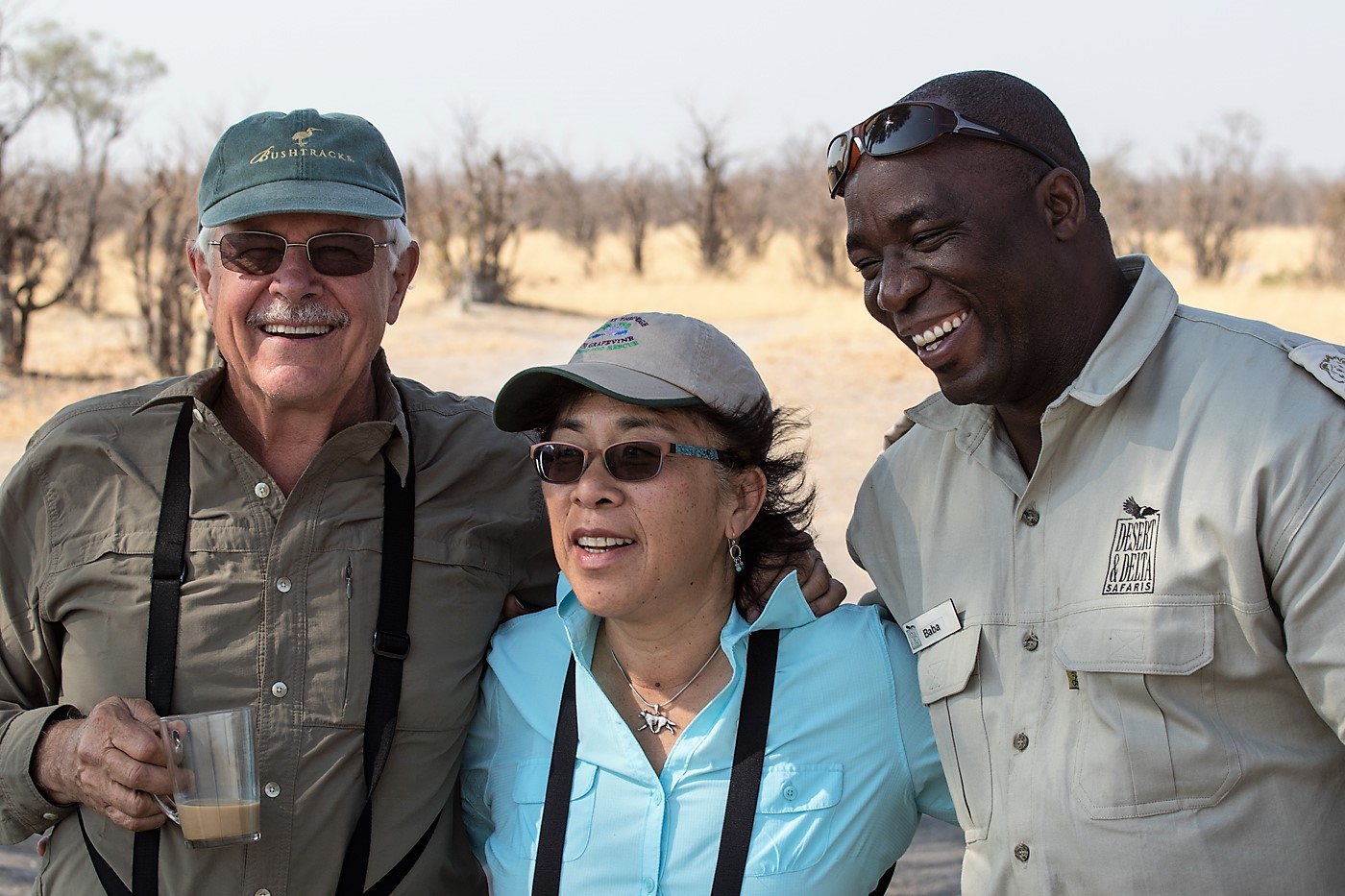 In early 1971, Craig Harrison (‘74, Biology) had just graduated from UC Berkeley with a degree in Biochemistry. Vehemently opposed to the Vietnam War, Harrison craved a respite from the political upheaval of the era, which had left him feeling the weight of the world on his shoulders. Though already accepted into Berkeley’s graduate program in Zoology, Harrison knew that a priceless kind of education existed beyond the lab. Along with his college girlfriend and a childhood friend, Harrison packed a backpack and boarded an Italian coal freighter headed east to Africa: The next year exploring the continent would irrevocably cement Harrison’s lifelong commitment to the field of wildlife conservation.

“Every young biologist should go to Africa,” says Harrison, who has returned to Africa 10 times, exploring diverse landscapes and disparate cultures with the eye of a naturalist and the lens of a photographer. In 2019, nearly 50 years since his great adventure, Harrison published Dreams of a Vanishing Africa, his memoir of traveling in post-colonial Africa from 1971-72. The book recounts Harrison’s early fascination with wildlife, planting the seed for his long career in conservation and environmental law.

After returning home in 1972, Harrison felt lukewarm about the prospect of heading back to UC Berkeley. Researching other graduate programs, he discovered Humboldt State University and appreciated the school’s reputation for providing students with active field research opportunities.

Arriving at HSU that fall, Harrison took his first formal photography class and became even more motivated to work in the field. “I did fieldwork all over, including pelagic excursions out of Humboldt Bay to see seabirds, a study of nesting tufted puffins off a headland near College Cove, Lanphere Dunes, and Patrick’s Point,” remembers Harrison. In addition to the hands-on education, Harrison enjoyed a rural lifestyle, living in a converted chicken coop in Westhaven complete with a wood-burning stove and outhouse.

After graduation, Harrison landed a position with the U.S. Fish & Wildlife Service through HSU connections. He did aerial and zodiac surveys on seabirds, learning their natural habitats and conservation problems while living on remote, mostly uninhabited Pacific islands off of Hawaii and Alaska.

In 1990, Harrison published Seabirds of Hawaii: Natural History and Conservation, hailed as an important contribution to seabird literature and tropical wildlife biology. Along with providing colorful descriptions of seabirds of the Hawaiian archipelago, Harrison argued that agencies and governments often excluded resource management professionals from high-level decision making. His frustration in seeing how bureaucracy often stymied conservation efforts set the stage for Harrison’s transition into environmental law in 1988.

During his 30-year legal career, Craig remained a naturalist over weekends and vacations as well as an advocate in conservation groups across Northern California and beyond. In 1994, he helped to co-found the American Bird Conservancy, an organization dedicated to halting extinctions and protecting habitats by eliminating threats from outdoor cats and pesticides.

Harrison has also remained active with the Pacific Seabird Group (PSG), founded in 1972, serving as the chair or vice-chair from 1992-2013. In honor of Harrison’s many contributions to seabird conservation, the PSG created the Craig S. Harrison Conservation Funds Grants Program, which awards grants to aspiring young naturalists and conservation projects designed to protect seabirds.

Today, Harrison and his wife, Marina, reside in rural Santa Rosa and regularly enjoy traveling to both Africa and Humboldt County to appreciate the natural beauty and wildlife of each diverse habitat.