Women Come Together to Expand Capacity in Prescribed Fire 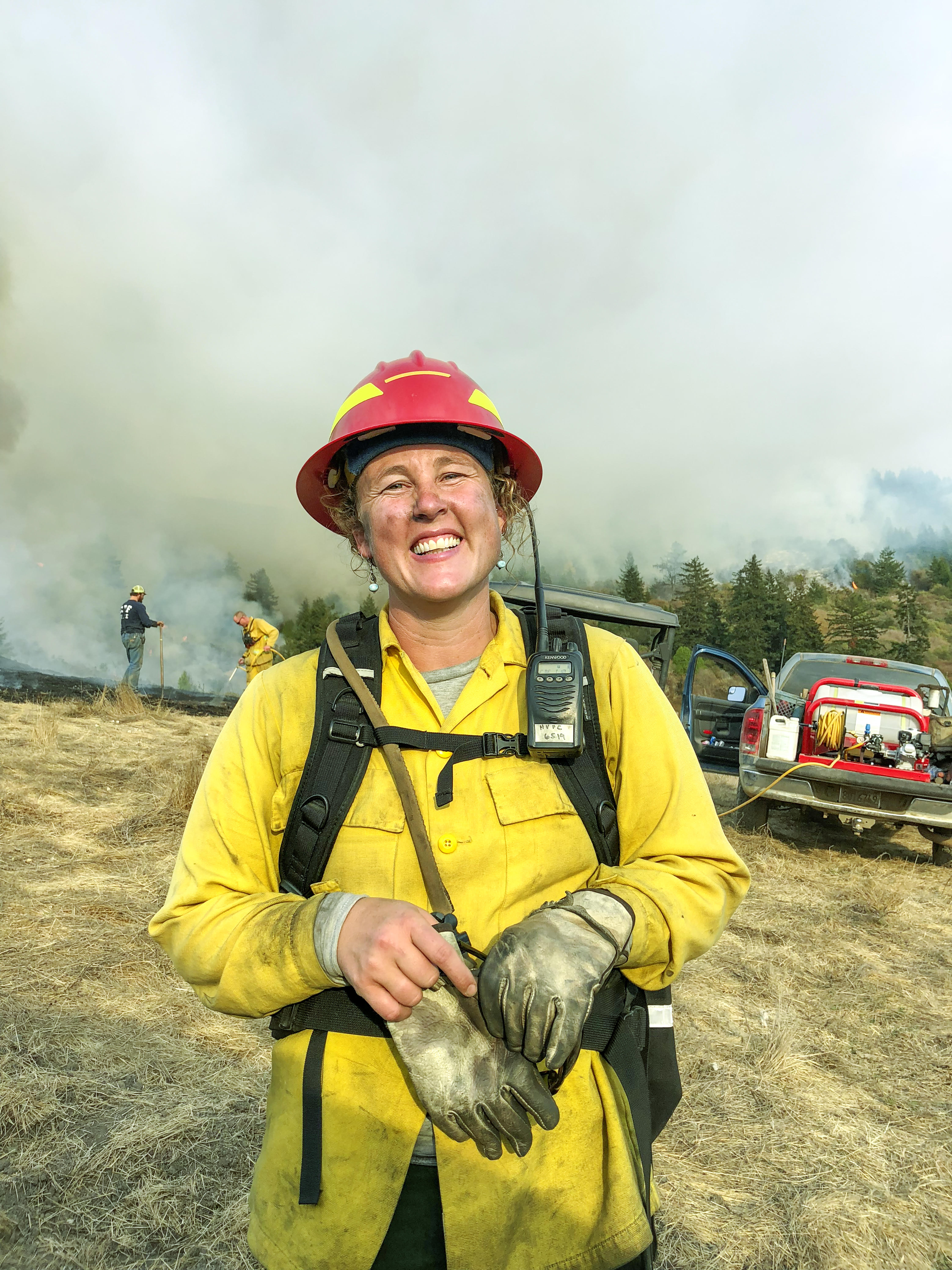 Lenya Quinn-Davidson (‘09, Environment & Community) is used to working in a male-dominated field and for the last several years, the prescribed fire expert has been working hard to address equity and inclusion in her profession.

Much like the military, women in fire are scarce, representing less than 10% of the workforce and only 4% of leadership positions. Quinn-Davidson, currently the UC Cooperative Extension Fire Advisor, helped launch the Women in Prescribed Fire Training Exchange (WTREX) in 2016, a training event designed to support and advance women and other under-represented fire practitioners.

“Fire is a global problem that requires new ideas and innovation,” says Quinn-Davidson. “We need everyone--including women--at the table trying to figure it out.”

Quinn-Davidson explains that the professional fire world can be unwelcoming to women, who, at worst, face sexual harassment and discrimination and, at best, face limited training opportunities and a lack of female colleagues and mentors.

“WTREX is designed to support and connect women, giving them unique training and networking opportunities, while also raising the bar for the men who work with them,” says Quinn-Davidson. She explains that WTREX events intentionally include men, knowing that male allies are critical for shifting the culture of fire.

Quinn-Davidson has spent her career bringing people together to tackle fire-related issues, working with local tribes, state and federal agencies, and private landowners to promote fire resiliency in Northern California for over a decade. She’s also the Director of the Northern California Prescribed Fire Council (NCPFC), and helps coordinate community burns through the Humboldt County Prescribed Burn Association, a grassroots group of landowners and community members founded by Quinn-Davidson and others in 2018.

Quinn-Davidson credits her time at HSU for setting the trajectory for her career. Today, she continues to work closely with HSU Forestry Professor Jeffrey Kane and several other HSU alumni working in fire throughout the region.

“My experience in HSU’s Environment & Community graduate program gave me the interdisciplinary skills and professional relationships to tackle complex prescribed fire issues,” says Quinn-Davidson. Collaboration between HSU, University of California, government agencies, local nonprofits, and tribes has earned the North Coast a reputation for being on the cutting edge of prescribed fire.

“HSU connections are the reason we started the NCPFC, the group that ultimately brought Prescribed Fire Training Exchange (TREX) events and prescribed fire policy changes to California,” explains Quinn-Davidson, who co-founded the NCPFC in 2009 and still leads the group today.

Throughout her work, Quinn-Davidson is focused on providing mentorship and connection for other women in her field. “If you don’t see a woman in a leadership role, you can’t see yourself there either,” explains Quinn-Davidson, who helped recruit women from all over the world to attend the inaugural WTREX event in Humboldt, Trinity, and Shasta counties in 2016.

“For a lot of women at WTREX, they might be the only woman on their 20-person crew back home,” says Quinn-Davidson. She explains that women come to WTREX ready to build partnerships, improve their qualifications, and develop networks that make them more resilient in the face of a daunting future with climate change and catastrophic fire.

“WTREX is such a powerful event,” says Quinn-Davidson. “It changes people’s lives.”

For more information about WTREX, visit Conservation Gateway or @TREXprescribedfiretrainingexchange on Facebook.