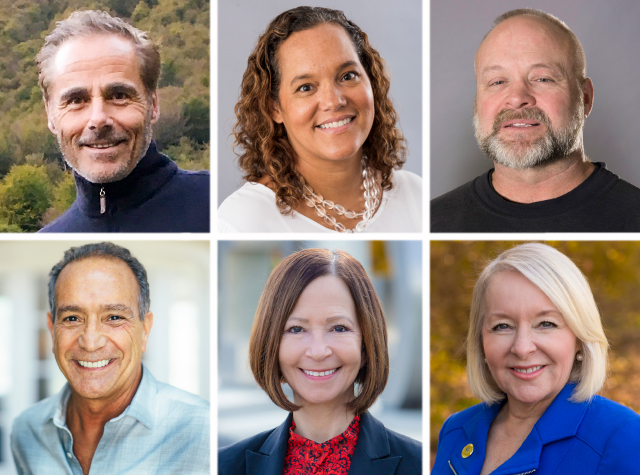 Since 1960, Humboldt State University has been recognizing the achievements of alumni when HSU launched its annual Who’s Who Award. This year, HSU celebrates its 2021 Distinguished Alumni who have been recognized as leaders in their fields and have been outstanding contributors to their community, nation, or HSU.

Rich Casale (‘75, Natural Resources Management) has spent more than four decades protecting California’s natural resources and agricultural industry. He worked for the USDA Natural Resources Conservation Service (NRCS) as a district conservationist for 43 years until his retirement in 2017. Following retirement he worked as a NRCS wildfire restoration contractor, assisting California communities recover from devastating wildfires. Casale has served thousands of Californians over his career with their natural resource management needs. He has written numerous technical articles and publications including the soon to be released, “Post-Wildfire Restoration Guide” for NRCS.

Heidi Moore-Guynup (‘98, Psychology, ‘00, M.A. Psychology) has served the students and families of Humboldt County in a variety of ways throughout the last two decades.
In 2017, Moore-Guynup was named assistant superintendent of educational services with the Humboldt County Office of Education (HCOE), before becoming superintendent of the McKinleyville Union School District.

She currently serves on the Humboldt State University Foundation Board, the President’s Community Advisory Committee, and the College of Professional Studies Advisory Board. She also teaches in HSU’s Educational Leadership credential program, where she donates her time to help ease college budget constraints.

As CEO, Romano creates the vision for the company, conceptualizing the multimedia elements, and finding unique applications of technology. He also prioritizes the focus for 100 employees—among them are academic, engineering, and marketing experts. In less than 10 years, the company has a major foothold in classrooms across the nation.

Lynnette Zelezny (‘79, Psychology, ‘81, M.A. Psychology). In 2018 Zelezny made history by becoming the ﬁrst woman president of California State University Bakersfield. In 2020 Zelezny was recognized as the Robert C. Maxson President of the Year by the California State Student Association (CSSA). In addition to her Psychology degrees from Humboldt State, Zelezny has earned a Ph.D. in Applied Social Psychology from Claremont Graduate University and an M.B.A. with distinction from the Craig School of Business at Fresno State. She has also earned professional certificates in management from Harvard University and in executive leadership from the Wharton School of Business at the University of Pennsylvania.

Prior to joining CSU Bakersfield, Zelezny served for 30 years at Fresno State in roles that included provost, associate provost, dean and associate vice president in continuing and global education, associate dean for the campus’s Craig School of Business, and chair of the psychology department.