Living, Learning, and Leaving a Legacy at Humboldt 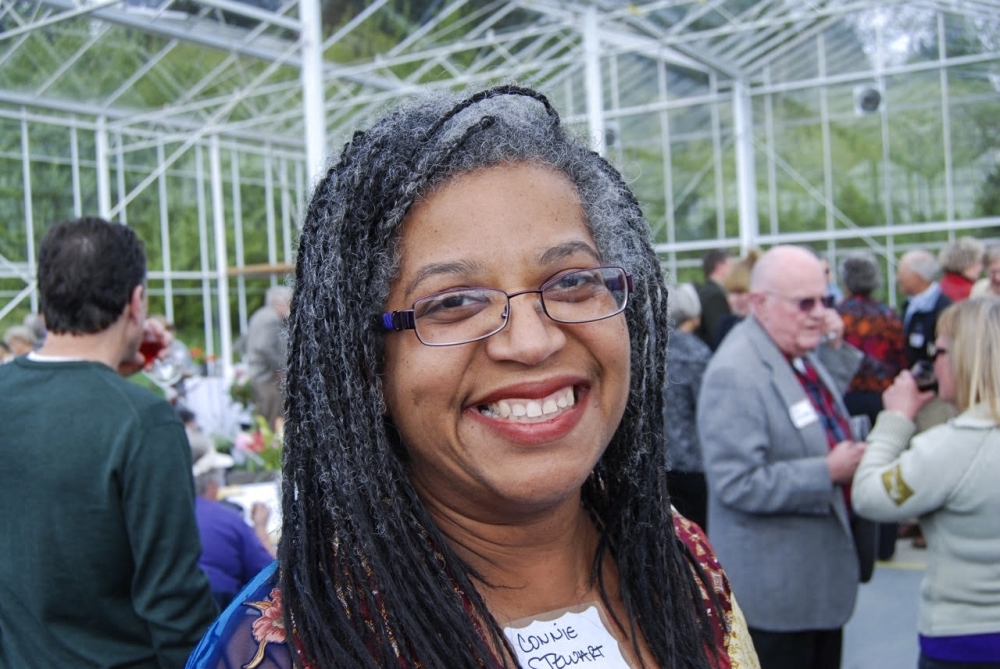 For Connie Stewart (‘88, Speech Communication), the executive director of Initiatives at Humboldt State University, the hands-on learning experiences at HSU helped make her into who she is today: an activist deeply committed to rural communities along the North Coast.

Just as HSU has left an impact on Stewart, she will leave her impact on future HSU students, making a bequest commitment of $250,000 to the University.

“I hope more HSU alumni will consider helping launch careers the way HSU has launched mine. That’s what I am trying to do with my legacy,” says Stewart.

Bequest commitments are planned gifts that allow donors to make HSU a beneficiary in their will or a designated beneficiary of their retirement plans, life insurance policies, or other assets. Bequests can be modified to address changing circumstances and can be directed to a particular purpose.  Donors can continue to access their wealth, should they need it, and HSU receives the gift when the estate is distributed.

“When people think of fundraising, they don’t think about asking people like me who are mid-career and don’t appear to have wealth,” says Stewart. “But as I thought about the future and I began planning my estate, I saw that I had more wealth accumulated than I had realized.”

She realized she had the ability to give back to Humboldt, the university and place that has given her so much. “I want to give to the next generation of HSU students so they can have a career and be of service to the world.”

Stewart’s own track record of service to the community is long and distinguished. For more than a decade, she led HSU’s California Center for Rural Policy, a research center committed to informing policy, building community, and promoting the health and well-being of rural people and environments.

Prior to joining CCRP, she was the mayor and city council member in Arcata, California. She also served as a Field Representative for Assemblywoman Patty Berg, who represented the largest rural district in California. Stewart has also received numerous awards for her work, including the 2017 Rural County Representatives of California President’s Award for her efforts to bring broadband to rural California communities.

Stewart credits her passion for advocacy for rural communities to her practical experience at HSU, where she conducted research as an undergraduate. Her HSU education also exposed her to new cultures, including Indigenous communities.

“I have been honored to work closely with multiple Native tribes and form deep connections with communities throughout the region and to learn more about them,” she says.

Stewart hopes that the students who benefit from her bequest will develop and expand their roots in the community and encourage students from the North Coast to attend HSU. She also plans to leave part of her estate to Tribal-initiated internships, and some funding will support faculty and student research.

“We should all invest in HSU programs where students get paid to do research and be immersed in their majors so they graduate from HSU with more than a degree. They gain the knowledge and experience to pursue their career dreams,” she says.

Stewart made a planned gift through her estate plan and is now a member of the HSU 1913 Legacy Society, which honors all donors who have designated HSU in their will, trust or other planned gifts, including life income gifts. Like HSU’s original benefactors, members of the 1913 Legacy Society have made a vital commitment to the future of the University and have also set an inspiring example for others.

For information on how to leave a gift in your estate plan, please contact the Humboldt State University Foundation at giving@humboldt.edu or call 707-826-5200