Getting ‘At-Promise’ Young Men of Color to and Through College 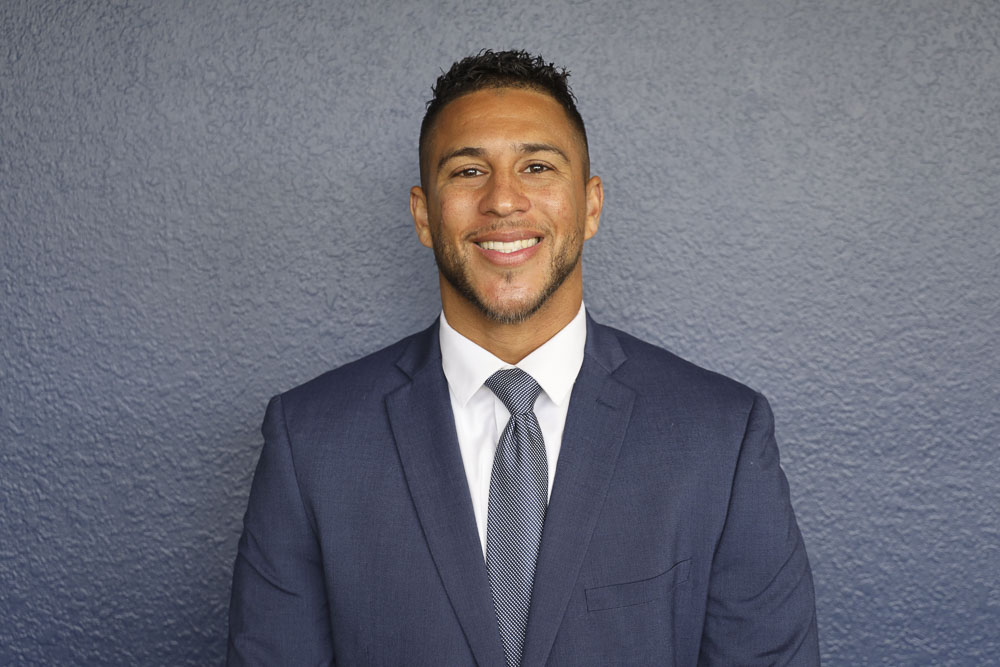 Growing up, Michael Lynch (2011, Business Administration) says he was raised by a phenomenal single father and surrounded by a community of love in his hometown of Sacramento, California. Still, Lynch saw too many friends and family members fall victim to a criminal justice system that disproportionately targets young men of color. Defying the odds, he was the first in his family to graduate from college. Today, Lynch is helping other young men of color achieve their dreams through his nonprofit organization, Improve Your Tomorrow.

“Arriving in Humboldt was a transformative moment for me,” says Lynch, who was recruited to HSU to play football. “The beauty of the area was majestic.”

Settling into a busy schedule of practice and games, Lynch found himself immersed in the social justice issues that were baked into nearly every class. “My professors and classmates got me thinking about the purpose of my education and how to live a life of service,” says Lynch. “It was a very impactful time in my life.” Today, he uses the principles of business and accounting that he learned at HSU every day as a nonprofit CEO.

After graduating in 2011, Lynch headed home for an internship at the state capitol, followed by a fellowship, and a graduate degree from Sacramento State, all stoking his interest in policy and community service. Still, Lynch saw a glaring need for an organization that focused on helping young men of color get to college.

“If you walk into any classroom in America, typically the lowest performing student is a Black or brown boy,” explains Lynch. “It’s not because young men of color aren’t incredibly intelligent or hard working but it’s because of a lack of opportunity or exposure. School systems have traditionally failed Black and brown boys.”

Knowing the challenges that young men of color face at school, both personally and professionally, Lynch co-founded Improve Your Tomorrow (IYT) in 2013 with his childhood best friend, Michael Casper. Making a long-term commitment to each student they serve, IYT works with students for twelve years, from seventh grade through college graduation and two years of fellowship. Since 2013, IYT has served thousands of young men in Northern California.

“We know students need support for every major transition in their lives to stay in school,” says Lynch.

At IYT, Lynch and his team focus on the potential “at-promise”(never using the stigmatic phrase “at-risk”) young men of color have to offer the world. Services include tutoring, college advising, and mentorship, along with encouraging parent engagement. “It’s not about closing a perceived achievement gap but opening up opportunities,” explains Lynch, who now oversees more than 200 team members at 51 IYT school sites from Modesto to Humboldt County.

IYT’s track-record is impressive: 99% of African-American IYP students graduate from high school, compared to 75% statewide. And while only 53% of Latino and African-American males go to college in California, 84% of IYP graduates do. Lynch wants to see those numbers keep ticking up.

This Fall, IYT will kick off their dynamic programming at Humboldt State. Lynch is excited to serve his alma mater and connect young men of color in the community with mentorship and the opportunities afforded by education.

“We want to help boost college-going rates for young men of color throughout California,” says Lynch. “It’s about giving them support to achieve their best selves.”

To learn more about Improve Your Tomorrow, visit improveyourtomorrow.org.