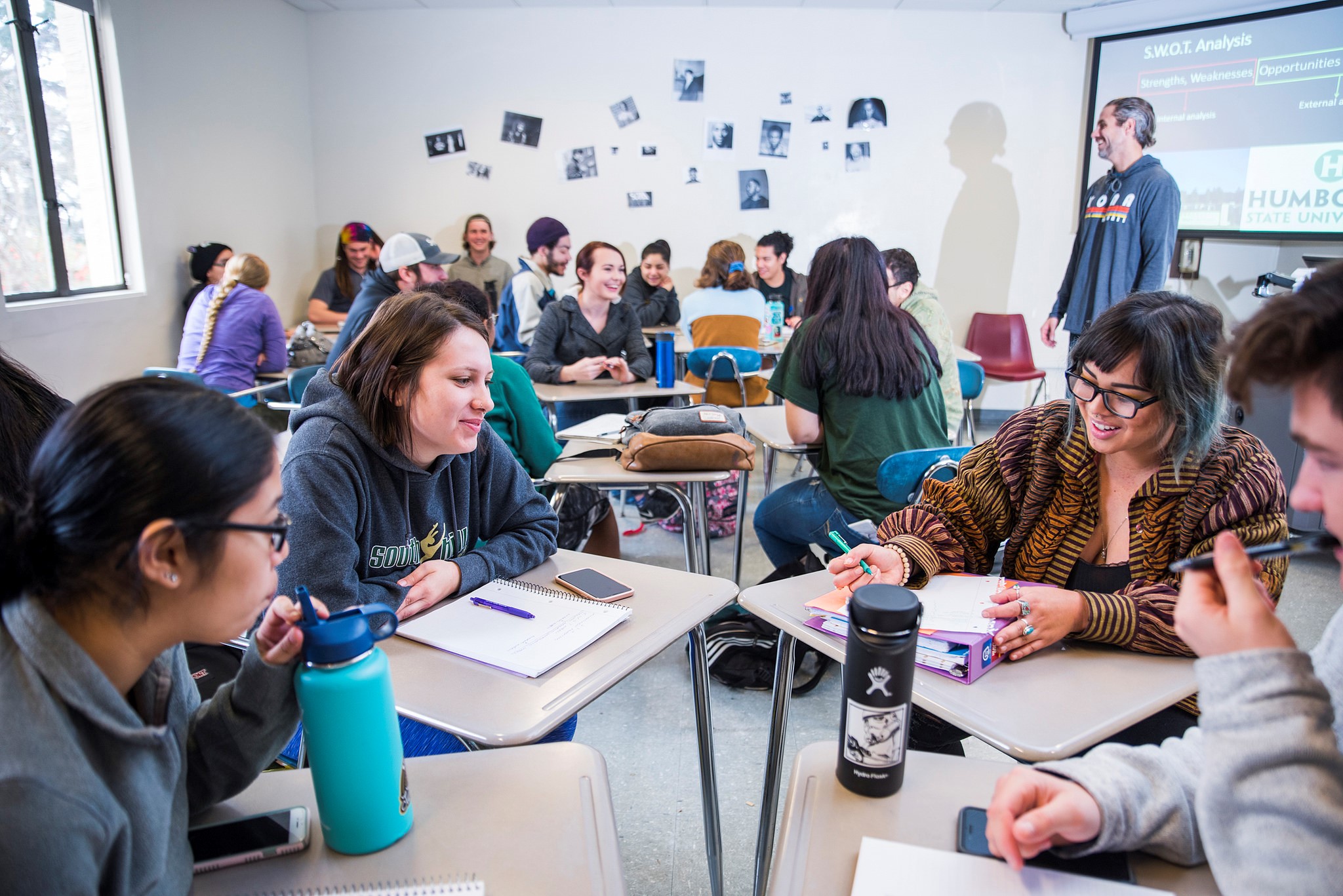 February 15, 2018—The financial future is brighter for students who transfer to Humboldt State from California community colleges.

Thanks to a recent $50,000 grant from the Crankstart Foundation, 10 HSU transfer students will be awarded $2,500 Crankstart Scholarships each year for the next two years.

“Transfer students have unique academic and social challenges when adjusting to a new campus,” says Humboldt State University President Lisa Rossbacher. “We are incredibly grateful for the Crankstart Foundation grant, which will provide these determined students another layer of support to be successful and complete their degree at Humboldt State.”

The Crankstart Foundation is a charitable nonprofit organization established by tech venture capitalist Michael Moritz and his wife, novelist Harriet Heyman. The organization is dedicated to supporting education, arts, culture, parks, and human services in the Bay Area.

The Crankstart Foundation chose to make the $50,000 grant to HSU because of its strong partnership with the Osher Foundation, which also funds scholarships for transfer students at HSU in addition to its major investment in HSU’s Osher Lifelong Learning Institute (OLLI).

The scholarship program was inspired by the Osher Foundation’s Scholarship Program for California Community College Transfer Students at UC and CSU campuses. The need-based Crankstart Foundation scholarships are aimed at junior- and senior-level transfers who show academic promise and are committed to attaining a baccalaureate degree.

“Beyond the monetary stipend, the program aims to recognize students who tenaciously pursue a four-year degree as a stepping stone to a better life,” says Heyman. “My husband and I are grateful to the Osher Foundation, under whose guidance we have launched this grant program.”

In addition to supporting a considerable number of non-traditional and low-income transfer students from California community colleges, the Crankstart Scholarship program bolsters the California State University system’s Graduation Initiative 2025, which is a comprehensive effort to close the achievement gap for traditionally underserved students.

The first round of Crankstart Scholars will be selected in the Spring Semester of 2018, for support in the 2018-19 academic year.

If you have questions about the Crankstart Scholars program, or would like to learn about other ways to support HSU students, visit loyalty.humboldt.edu, email the Office of Philanthropy at giving@humboldt.edu, or call 707.826.5200.