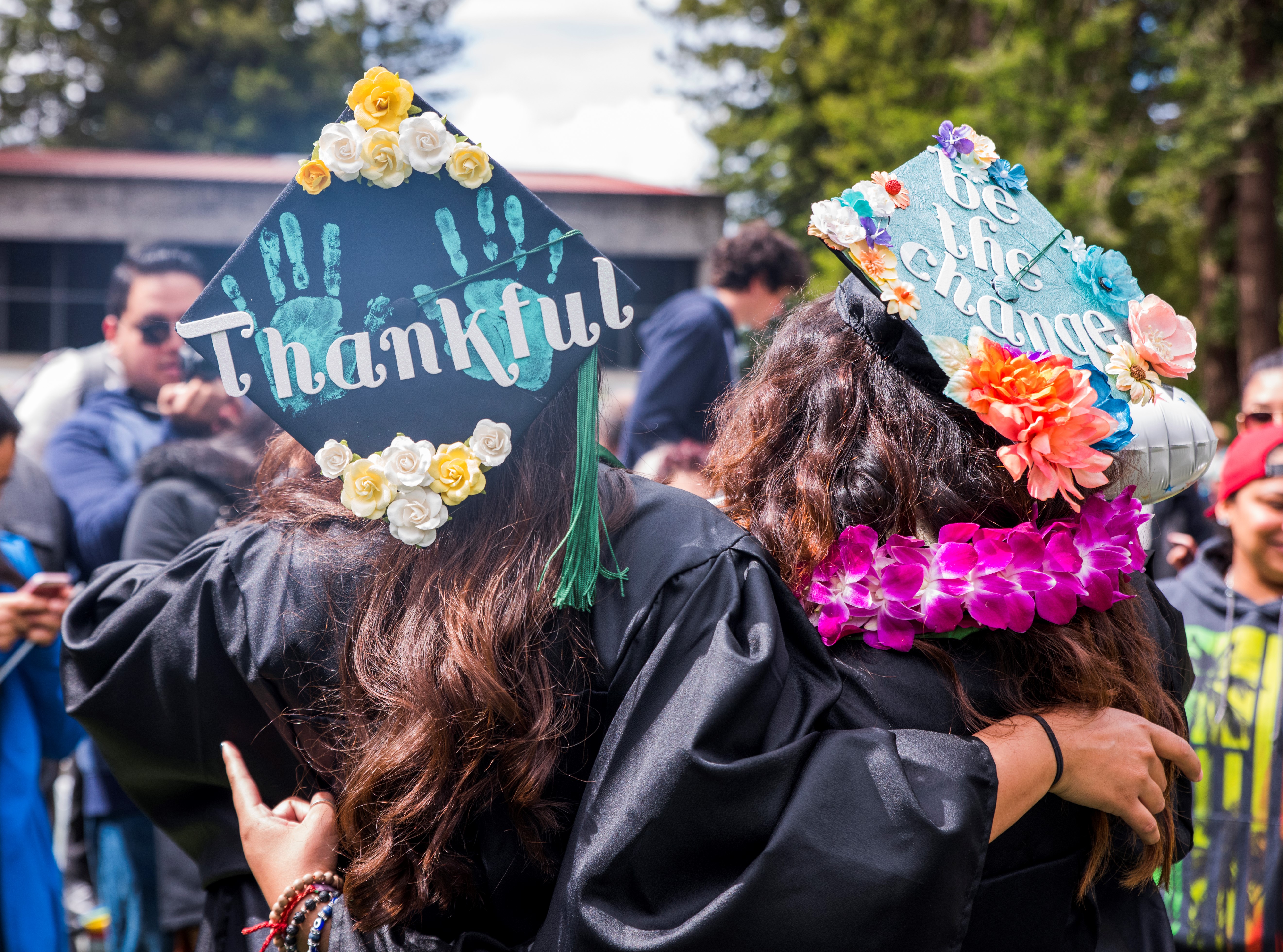 July 18, 2018—Each year, HSU’s graduation ceremony is a chance for students to throw their caps in the air and celebrate their academic achievements. This year, for six of the graduates, the ceremony meant so much more than crossing the stage and receiving a diploma.

It was a celebration of courage and resilience.

They were among the survivors of the April 10, 2014 bus crash on Interstate 5 that occurred on a trip to visit Humboldt State.

Four years ago, a charter bus bringing prospective students from several Southern California high schools to visit campus was hit by a truck that veered into oncoming traffic. Ten people died in the accident. Among them were five students, two chaperones, an HSU admissions counselor, and both drivers.

Another remarkable thing happened in the days and weeks after the bus accident. HSU staff, faculty, alumni, and others rallied together to support the student survivors with gifts to two scholarship funds. Over 600 donors from 37 states and three countries contributed to the effort.

The scholarships were named after crash victims Arthur Arzola, an HSU admissions counselor, and Michael Myvett ('07, Psychology) and Mattison Haywood, a recently engaged couple who had met at HSU and were chaperones on the bus trip.

Another 11 student survivors are still completing their educations at HSU. If you would like to support them, you can still contribute by visiting the giving pages for the Arthur Arzola Memorial Scholarship and the Michael Myvette & Mattison Haywood Memorial Scholarship.

For more information you can email the Office of Philanthropy at giving@humboldt.edu, or call 707.826.5200.