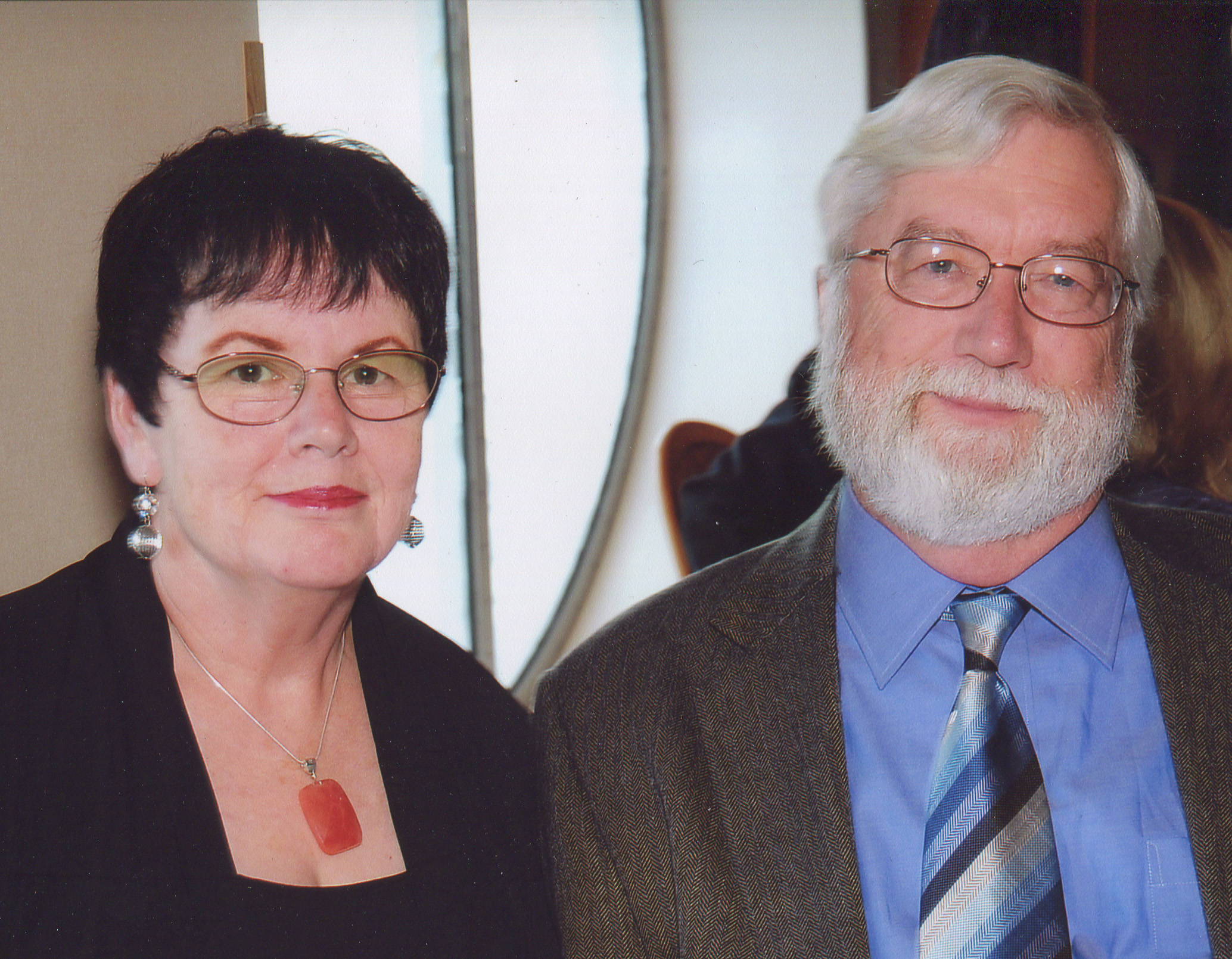 May 2, 2017—Emeritus Chemistry Professor Richard Paselk and his wife Gail are natural philanthropists. Whether through funding chemistry scholarships or volunteering to design and create displays in the Humboldt State Natural History Museum, the Paselks are determined to preserve scientific knowledge and make it accessible to a wide-ranging audience.

The Paselks have been volunteering with the Humboldt State Natural History Museum since 1996. In recent years, the couple has given an annual gift of $1,000 to the museum in addition to countless volunteer hours spent working behind the scenes.

As curator and webmaster, Richard helped the museum become one of the very first to make virtual exhibits available online to scholars, teachers, and schoolchildren. He devoted much of his free time to establishing online exhibits by photographing specimens, uploading their images, and researching and writing detailed essays and descriptions for the website. "For a few years our website was one of the most in-depth online museums until large institutions such as the Yale Peabody and Smithsonian museums got involved," says Richard.

Richard has logged 500 unique fossil specimens, integrating them into lesson plans designed for use by students and teachers in the community, such as the "Life Through Time" exhibit, which includes a look at the Earth in the context of the geological timeline.

Gail has also played an integral role in enriching the museum's educational offerings, donating her time to help design, build, and create paintings of ancient environments for displays and exhibits. The Paselks say they are motivated by a sense of community, particularly as an educational outreach effort to local teachers and schoolchildren.

Richard's passion for the history of science also led him to establish the Robert A. Paselk Scientific Instrument Museum on the second floor of HSU's Library. Richard, along with his wife and brother, donated money to build and install the cases, naming the museum in honor of his father. Richard also maintains a website for the museum, which offers supplemental articles and detailed descriptions of the instruments on display.

"This museum stems from my personal interest in the history of science," says Richard. "The collection consists primarily of scientific instruments used at Humboldt State from the 1920s through the 1970s. These instruments teach us about how we approached science at Humboldt over the years and serve as examples of HSU's signature hands-on approach that started in the 1930s—a tradition that continues to make us exceptional for a university of our size."

Richard's knowledge of scientific instruments has given him an opportunity to collaborate with Andrea Wulf, author of "The Invention of Nature." He's serving as an informal advisor as she works on a new novel about Alexander Von Humboldt's South American expeditions, providing his expertise on the geographic and navigational instruments Von Humboldt used on his journeys.

Additionally, When Gail's parents died, she made a founding donation of $20,000 to the Richard Paselk Biochemistry/ Biophysics Scholarship Fund. This endowment currently supports one student per year with a $1,000 award. An extra startup donation enabled two students to be funded this year.

Despite the Paselks' extensive philanthropic interests, they are humble about helping. "A few years ago I read an article showing altruism has a genetic component," says Richard. "I think I have an extra dose. I have always liked to help others, teaching formally and informally."

You can join the Paselks' efforts by supporting the HSU Natural History Museum, the Richard Paselk Biochemistry/ Biophysics Scholarship Endowment, and the Humboldt Chemistry Research Scholarship Endowment. If you have questions, or want to learn about other ways to support HSU students and the community, email the Office of Philanthropy at giving@humboldt.edu or call 707-826-5200.