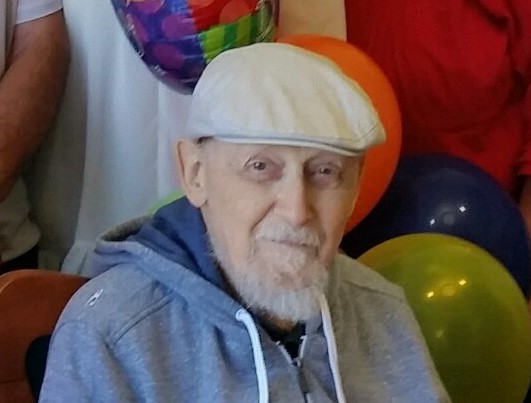 His gift of $31,684 will establish the Manuel C. Kaster Bike Share Station in front of Harry Griffith Hall, one of two locations providing bicycle access on campus. The second station will be located at the Jolly Giant Commons, part of a larger bikeshare network that will also include four locations across the City of Arcata.

An avid bicyclist throughout his life, Manny exemplified many of the guiding values of sustainability that HSU embodies today. Manny’s bicycle was his primary mode of transportation, commuting from his home in Arcata to campus, and all over Humboldt County.

“Manny was ahead of his time, especially in regard to his non-reliance on fossil fuels,” says Lisa Hansen, who served as Manny’s trustee and agent for finance and healthcare. “For a number of years Manny voiced his interest in doing something for HSU that would benefit both students and faculty. HSU was his passion.”

The installation of Manny’s bikeshare station, which has the capacity to accommodate a total of 10 bicycles, was completed in mid-September.

Morgan King with HSU’s Office of Sustainability coordinated the bikeshare project with Doby Class, Arcata’s Director of Public Works, to make this vision a reality.

“The bike share program really makes sense because it has a broader connection with the city of Arcata,” says Morgan. “It’s a cost effective way to relieve traffic and parking constraints while having positive benefits to health and the environment. Thanks to Manny Kaster's generous gift, we are able to offer students, faculty and staff a convenient, cheap and fun transportation option. The addition of bike sharing to HSU makes it that much easier for people to leave their cars at home, and I think Manny would have really appreciated that.”

The bikeshare service is hosted by Zagster, a company that allows users to borrow bicycles through an app. The service is also affordable. An annual membership costs $20, and when borrowing a bicycle, the first hour is free. Each additional hour only costs $2.

“Manny loved to ride bikes. He had a big heart and would bend over backwards to help someone. He was very interested in promoting education for the next generation. His gift is a wonderful and much needed addition at HSU,” says longtime friend and former colleague Sue Lee, emeritus biology professor.

If you would like to support the Manuel C. Kaster Bike Share Station Fund, you can make a gift here. If you have questions about giving, or would like to learn about other ways to support HSU students, visit loyalty.humboldt.edu, email the Office of Philanthropy at giving@humboldt.edu, or call 707-826-5200.