Larry Westmoreland (Chemistry, ‘61) has come up with a creative way to honor several HSU professors who had a lasting impact on his life. To honor his teachers, Larry has established five scholarships, which will be awarded over the next five years.

“I received a lot of help and advice from professors while I was at Humboldt State. When you’re young, sometimes you don’t appreciate someone’s positive influence until later on,” says Larry. “As the years went on, I thought more and more about my former professors.”

Larry started at Humboldt State in the fall of 1957. The first in his family to go to college, he graduated in 1961. He met his wife, Leah, during a short stint at Michigan State before going on to earn his doctorate at the University of Colorado Boulder in 1969. Larry went on to a successful career teaching chemistry at the University of Central Oklahoma.

What’s remarkable is that Larry, a retired chemistry professor, drew lifelong inspiration from such an eclectic range of subjects. Whether it was discovering a new language or developing an appreciation for classical music, Larry’s experiences stayed with him.

For example, Larry took Wagner’s music appreciation course, and that led to a lifelong love for classical music. “Dr. Wagner did something for me without ever knowing it. Classical music has been a constant in my life, and I can thank Dr. Wagner for that.

“After graduating from HSU, I never saw Dr. Wagner again. I always meant to visit and reconnect with him, but I never had the opportunity. A friend sent me his obituary some years back,” Larry says. “I missed my chance to thank him. But what I can do is recognize Dr. Wagner and the other people that made a difference in my life.”

Another influential teacher was Professor Russell, who suggested grad school to Larry and helped him realize that teaching would be an opportunity to make a difference in students’ lives. Larry also warmly recalls professors Richter, Gast, and Householder, who inspired his intellectual curiosity and helped set him on his career path as a chemistry professor.

Larry’s efforts to honor these professors show that it’s never too late to express gratitude. Choosing to honor someone through a scholarship is a powerful way to pay things forward by making a difference for the next generation of students.

“Humboldt State was $39 a semester when I went there. In the summers, I worked for California State Beaches and Parks at Patrick’s Point, where I made enough during summers to pay for college. Tuition costs these days are discouraging, which is part of the reason I established scholarships with HSU,” Larry explains.

“Establishing these scholarships is something I wish I’d been able to do sooner, and I actually had a lot of fun coming up with a specific plan to honor my former professors.”

Larry and Leah hope to inspire others to do the same. If you were inspired by someone in your life, and you’d like to honor them through a scholarship, click here to find out more about Scholarships at HSU, or call HSU’s Office of Philanthropy at 707-826-5101. 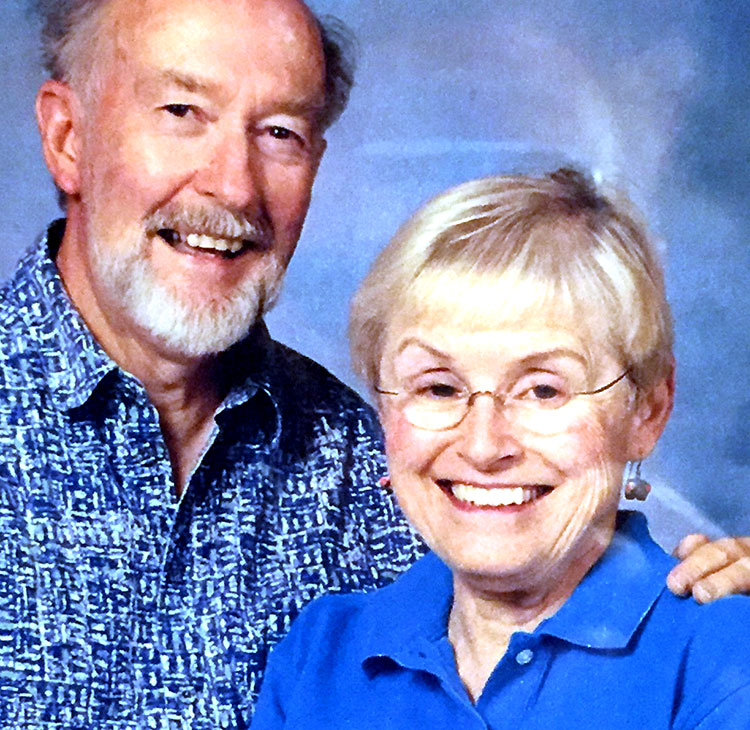