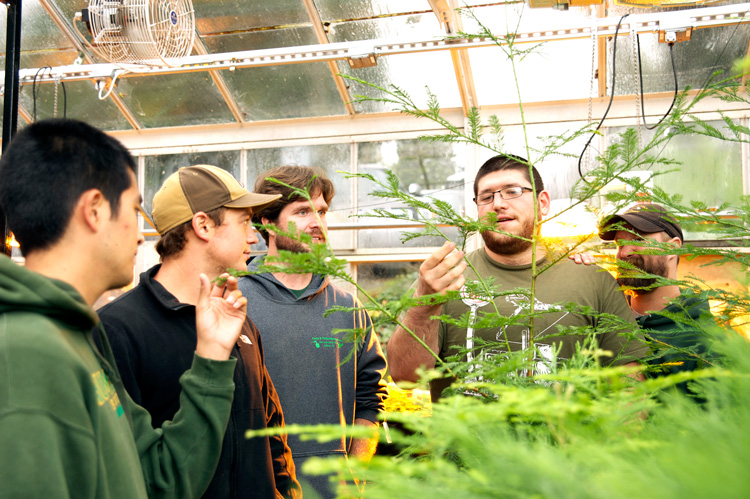 Bob Archibald has always appreciated the benefits of his college education.

“I was the first in my family to get a college degree,” Archibald says. “That degree allowed me to go to officer candidate school and opened the door to a second career working for the Bureau of Land Management. Both of my careers were influenced by the forestry degree I earned at HSU.”

A 1959 alumnus, Archibald takes pride in another first—he was a member of the first, four-year graduating class of the Department of Forestry.

Two years ago, Archibald decided he wanted to ensure current and future students have the same opportunities he had by attending HSU. He began his quest to establish an annual Forestry scholarship by seeking out the other members of the inaugural Forestry class of ’59. With help from the HSU Philanthropy & Advancement Offices, Archibald found 11 class members and reached out to them and their families for contributions. Of these alums and their families, seven individuals made gifts totaling nearly $8,000. The efforts and generosity of these supporters led to the awarding of the first “Pathfinders Commemorative Scholarship,” to Anna Gresham from Oakland, Calif., a forestry hydrology student who posted a 3.88 grade point average during the 2013-14 academic year.

"The class of 1959 was the vanguard of what has become one of the most successful forestry programs in the United States", said David Greene, chair of Forestry and Wildland Resources. "Our graduates account for 54% of all the registered professional foresters in the state, and 82 percent of all those graduating from a California university. This scholarship is a wonderful initiative by a group that has already given so much to their profession, and our future students will benefit greatly from their generosity."

Establishing an annual scholarship, establishing a scholarship endowment, or giving to a scholarship fund already in place, are great ways to support students at Humboldt State. Nearly 75% of HSU students qualify for need-based financial aid and most students today graduate with student loan debt. Scholarships make a college education more accessible and can reduce the financial burden for many students. To learn more about the Pathfinders Commemorative Scholarship or other scholarship and giving options, call the Office of Philanthropy at: (707) 826-5101.