A high-ranking state gubernatorial appointee across eight California administrations, Cliff Allenby (’59 Economics, Psychology) has also been a community activist for more than 20 years, including service to the Elk Grove Unified School District Governing Board. Allenby served a 23-year tenure with the California Department of Finance, where he rose to the position of deputy director and became the department’s top economic and tax advisor. He went on to work for then-Governor Jerry Brown in the same post, to which Gov. George Deukmejian named him again in 1983. Four years later, Deukmejian shifted Allenby to his Cabinet as Secretary of the Health and Welfare Agency, responsible for 11 departments and offices with more than 40,000 employees and budgets exceeding $28 million. Allenby took a break from state government in the early 1990s to work for the California Building Industry Association as senior staff vice president for governmental affairs. Late in 1997, Gov. Pete Wilson summoned him back to civic service to head the Department of Developmental Services, which he led for eight years. In succeeding years, Allenby became Gov. Gray Davis’s interim director of the Department of General Services and Gov. Arnold Schwarzenegger’s interim director of the Department of Social Services. Allenby stepped down in 2007 to chair the state’s Managed Risk Medical Insurance Board and helped to create the Health Insurance Plan of California and Aid to Infants and Mothers. An attempt at retirement didn’t last long: early in 2011, Allenby was named to his present post, acting director of the California Department of Mental Health, where he oversees 12,000 employees and an annual budget of $6.4 billion. The recipient of many awards over the years, including “Outstanding Public Administrator” from the American Society of Public Administrators, Allenby was honored again in mid-2012 by the society’s Sacramento chapter with the Ross Clayton Lifetime Distinguished Public Service Award for a career that has spanned half a century. Allenby and his late wife Sandy were both graduates of Eureka High School and high school sweethearts and they were married for 50 years. At the end of 2010, they set up the Cliff and Sandy Allenby Endowment to benefit Humboldt State University. 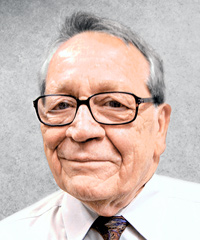