Daniel Raleigh (’81, Chemistry, Mathematics) is a Professor of Biophysics at University College London and a Professor of Chemistry at Stony Brook University in New York. While earning his Ph.D. in Chemistry at the Massachusetts Institute of Technology he won the prestigious National Science Foundation Predoctoral Fellowship. From there, he had two postdoctoral research appointments, one at Oxford University and the other at Du Pont Merck Company.

His major areas of research are to develop methods to study proteins. He has conducted ground-breaking studies of the role of protein misfolding and aggregation in disease, and his contributions to this area have led to a new view of the critical unfolded state of proteins. The misfolding and pathological aggregation of proteins is the direct cause of more than 20 devastating human diseases, including Alzheimer’s disease, cystic fibrosis, Parkinson’s disease, and ALS, and contributes to type-2 diabetes.

Raleigh’s achievements have been recognized by a National Science Foundation Career Award, selection as a Pew Scholar in the Biomedical Sciences, membership on the editorial boards of five leading journals, selection as a Wellcome Trust Senior Investigator, and most recently by membership in the National Academy of Inventors. 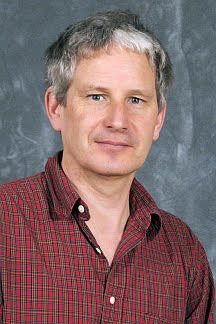