Forest Stearns arrived in the legendary Humboldt County in 2002, passionately searching for creative opportunities larger than his small hometown could provide. In search of empirical and academic education, he met like-minded creatives and Co-Founded the beloved Empire Squared art group. The vivacious Empire Squared community of diverse artists created their own art scene and produced many years of continuous monthly art shows throughout the Emerald Triangle.

Stearns attended Humboldt State from 03-05 where the Fine Art academic conversation battled the Lowbrow urban folk art scene that Empire Squared and fellow communities were re-amplifying. Often head on, this contrasting dialog between traditional arts education and the guerilla art movement constantly created interesting and necessary friction and drama on all sides of the insulated community. With daily practice, Empire Squared took bold leaps and always yearned to innovate on unusual partnerships. This was seen as excitingly contemporary or even obnoxious. Either way the goal was to get noticed, learn from each other, and challenge the community in new ways.

While in Humboldt County, Stearns graduated his committed moniker of "DRAWEVERYWHERE" into a full fledged art studio of the same name. Diving into every opportunity to collaborate with a diverse clientele and always pushing the envelope of where art can be applied. Launching his career from 707 and changing lanes from the saturated Fine Art world, Stearns relocated to the Bay Area for an MFA in Illustration.

In 2012, the DRAWEVERYWHERE offering was again remixed to include more community relations into his illuminated practice. Believing in the power of unique and unusual partnerships, Stearns began founding and directing Artist in Residence programs with a passion for creative collaborations connecting artists to the worlds of science, and technology. He upgraded the studio to an Oakland based LLC where he and his creative studio community produce unique artwork for a wild and wide range of innovative projects. The artistic imprint can be found all over the globe and has been commissioned by companies such as Deviant Art, Apple, Netflix, Adobe, and Planet.

Stearns created the first art show in space at aerospace firm Planet Labs in San Francisco. From 2013-18, as founder of a robust Artist in Residence program, he created large scale illustrations and helped engineer the process for laser etching each art piece onto multiple surfaces of more than 350 satellites launched into Earth’s orbit. See more on this creative adventure on the artists TEDx talk "Space Art Dream Remix."

Currently Stearns is the Principal Artist and co-founder of the Artist in Residence program at the Google AI Quantum project in Santa Barbara, where he continues to push the envelope of art production in size and media. From rocket ships and quantum computers to endless sketchbooks and fine art exhibits, the artistic portfolio is diverse in media and substrate but always aligns with the constant practice of DRAWEVERYWHERE. 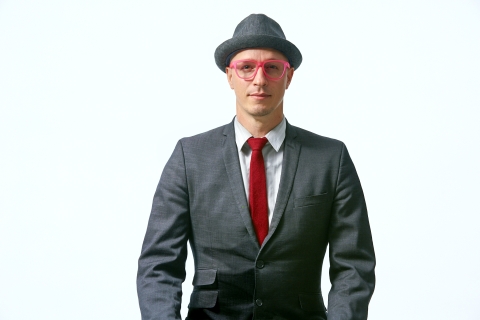