Robert Henry – One of California’s foremost education attorneys, Robert Henry evidenced his promising future in his accomplishments at HSU (’67, Social Science). Born in Washington State but reared in Humboldt County, Henry was twice elected HSU student body president, served as president of Tau Kappa Epsilon social fraternity and was honored as Humboldt State’s Man of the Year in 1967. He received his law degree in 1971 from the University of California-Berkeley School of Law (Boalt Hall). After serving as an attorney for the California State University, Henry formed a law firm in 1984 to represent schools and colleges. The new School and College of Legal Services of California became a notable success, growing to represent more than 200 educational entities—charter schools and school districts, community college districts and county offices of education. Henry’s career spans some 40 years of practice, in which he has successfully represented clients before every level of state, federal, appellate and supreme courts. He pioneered the Joint Powers Agreement, which unites diverse clients and provides them legal services that are accountable, economical and student-centered. Henry’s arguments have resulted in numerous precedent-setting decisions before the California Supreme Court and the Federal Court of Appeals. In the words of one long-time colleague, Henry redefined legal service for public education in northern California and “saved the taxpaying public millions of dollars and much time and anguish.” In addition to his legal work, Henry has presented hundreds of workshops around the state, training and informing school superintendents, boards of trustees and other education officials and staff about the frequent changes in the law. Despite retiring from full-time work in 2004, Henry has found his services in regular demand; he continues to serve with the School and College of Legal Services, which has offices in several northern California communities. In 2006, the Sonoma County Bar Association honored Henry with its Career of Distinction Award and he is also a recipient of the Rio Dell Elementary School District Distinguished Alumni Award. 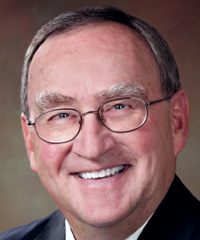