Having served most recently as assistant disciplinary counsel at the Oregon State Bar, Kellie Johnson has had a long career fighting for social justice and equality.

After earning her Juris Doctorate from the University of Oregon and finishing her clerkship, Kellie Johnson spent 13 years as a prosecutor for the Multnomah County District Attorney’s Office (Oregon), specializing in domestic violence and gang crimes. Her work was noticed, and led to her current position at the Oregon State Bar.

She drew upon the strength and character of her mother and grandmother in pursuing academic excellence at HSU, where she was a top student in the Department of Political Science. She was also an exchange student at Guangxi University in China.
Kellie ensures she gives back to her community by serving on numerous boards, associations, and advisory committees. Her goals are to advance diversity and inclusion in the legal community and the criminal justice system. She’s also a frequent lecturer to national and regional audiences, focusing her talks on criminal law, trial practice, and lawyer ethics. Kellie is also a recipient of the Judge Mercedes Deiz award for her work in advancing minorities and women in the legal profession. 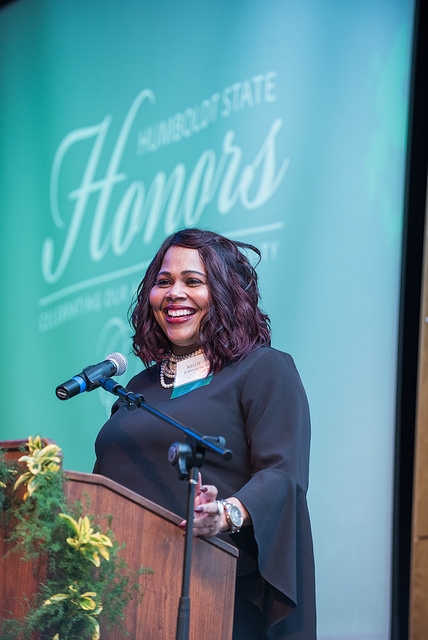