Mike Radenbaugh (’12, Industrial Technology) and Ty Collins (’10, Journalism) are two of the co-founders of Rad Power Bikes, North America’s largest electric bike company. They make electric bikes that are accessible, affordable, and appealing to the masses, and continue to pioneer the world of sustainable transportation. Rad Power Bikes intentionally forgoes the traditional bicycle distribution channel of third-party dealers and retailers, enabling them to provide customers with premium ebikes for almost half the cost of comparable models, while building a closer relationship with the rider.

Mike built his first ebike in 2007 as a way to get to school without breaking a sweat. His “frankenbikes” quickly caught the attention of his small town, and he started building ebikes for friends, family, and neighbors. Today Mike and Ty employ a team of nearly 100 with headquarters in Seattle, Washington, Vancouver, British Columbia and Utrecht, Netherlands. Mike and Ty have been named to Forbes and Inc. Magazine’s “30 Under 30” lists, and Seattle’s Puget Sound Business Journal’s “40 Under 40” list. 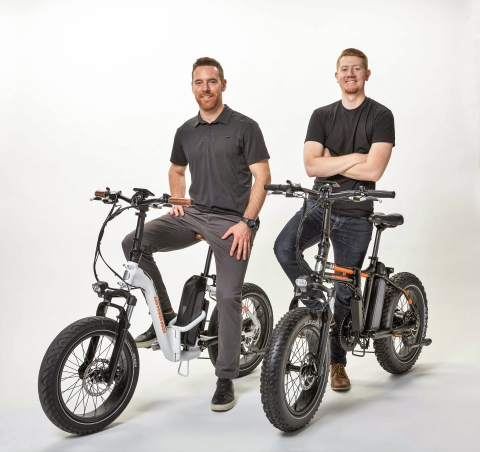