Piet deVries has led a country-wide response to the Ebola crisis in Liberia. There, he oversaw operations in the countries 15 counties, established improved hygiene and sanitation practices, and paved the way for dignified burials that respected the wishes of the deceased’s families and prevented the human-to-human transmission of the deadly virus.

It’s the greatest challenge deVries has faced, he says, and that’s after a career that has taken him to Thailand, Pakistan, Kosovo, and a host of other countries.

Currently, deVries is the senior technical advisor for the Global Communities’ Improved Water, Sanitation, and Hygiene (IWASH) program. Global Communities is an international nonprofit that works to improve the lives and livelihoods of the vulnerable worldwide. In response to the Ebola outbreak, IWASH evolved into the Assisting Liberians with Education to Reduce Transmission (ALERT) program, both of which receive funding from the U.S. Agency for International Development. deVries credits the success of the program to a focus on establishing trust and connections with the communities where he worked. deVries is originally from Aptos, Calif. 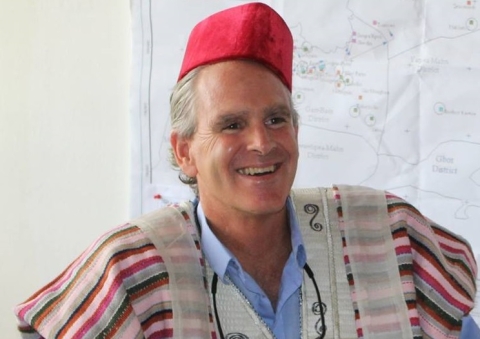