R.W. Hicks arrived at HSU as a student-athlete in 1971, and brought recognition to the University for his prowess as a center on the football team. He was an NCAA All-American, and eventually played professionally for a short time on teams including the Detroit Lions. He was eventually inducted into the HSU Athletic Hall of Fame, and he remains a faithful supporter of the Lumberjacks.

Hicks also left a lasting legacy at HSU by opening doors to higher education for students for more than two decades.

After his time in the NFL, Hicks returned to HSU and completed his degree in Political Science in 1983. He then took a position as an assistant football coach on campus.

A few years later, he assumed the role of director of the Student Academic Services Outreach Program and the federal Talent Search TRIO Program. The goal of the programs – then and now– was to help young people go to college, and to support the success of low-income, first-generation, and underrepresented students.

Hicks managed the programs for the next 20 years, helping thousands of 6th-grade through 12th-grade students get to college. He also helped HSU increase enrollment of students who were disadvantaged, and then mentored the students once they were on campus.

During those years, Hicks saw the need for HSU to help low-income students visit the campus. He created the Preview Plus program, which to this day offers students an affordable opportunity to visit and explore the HSU campus. 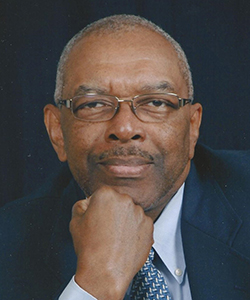