Self earned her degree in Kinesiology in 2007. She was a star soccer player during her time at HSU, and quickly became an excellent handball following graduation. She is a member of the U.S. national women’s handball team, and is currently training with hopes of competing in the 2016 Olympics.

After graduating from HSU, Self went on to earn a master’s degree in physical therapy from Cal State Long Beach. Soon thereafter, she took a volunteer position for a non-profit organization called Operation Rainbow. Through that group, she travelled to Ecuador to provide children with free orthopedic care, helping some of them to walk for the very first time.

After graduation, Self also played semi-professional soccer for a short time. In late 2012, she was invited to try out for the National Handball Team, earning a spot on the roster a few months later. Her first international competition was the Pan American Championships held in the Dominican Republic.

Today, Self is living and training with her teammates in Auburn, Alabama, also working as a physical therapist. 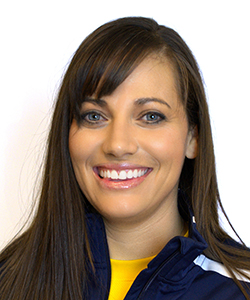